Dodo and CovaU have both committed to refund affected customers.

“As a result of using higher market offer rates to calculate the percentage discount, we allege the actual savings offered to consumers were much lower than advertised,” ACCC Chair Rod Sims said.

“Energy retailers are reminded that any discount must be genuine and not based on confusing and inappropriate calculations which result in inflated percentage discount claims being advertised to consumers,” Mr Sims said.

From 1 July 2019, the Retail Electricity Code limits the standing offer prices that are charged to consumers in New South Wales, South Australia and south-east Queensland using a cap called the Default Market Offer (DMO). The Code also requires retailers to advertise the prices of their plans by reference to the DMO. Similar obligations apply in Victoria under its ‘Victorian Default Offer’.

“While the Australian Consumer Law allows us to pursue misleading claims after the fact, the Code and the new default market offer will help consumers to compare plans in a much more transparent way,” Mr Sims said.

“With the default market offer now mandated as the standard base rate, energy discount claims can now be easily understood, enabling consumers to shop around for a better deal without being potentially misled by confusing discount advertisements.”

Between October 2017 to April 2019 Dodo advertised discounts on plans in Victoria based on market usage and/or daily supply rates which were around 4% higher than its standing offer rates.

Dodo and CovaU have committed to refund affected customers. The refunds paid will vary depending on where a customer lives, how much electricity or gas they used and how long they have been on the affected plans. Customers will be refunded an amount equal to the difference between the market rates and the equivalent standing offer rates on all bills paid during the time period in question.

The payment of a penalty specified in an infringement notice is not an admission of a contravention of the Competition and Consumer Act 2010.

In July 2018, the ACCC published the final report on its Retail Electricity Pricing Inquiry. The report recommended that the current retail ‘standing’ offers be abolished and replaced with a new ‘default’ offer that was consistent across all retailers. The report also recommended that the default offer be used as a reference point for any discounts to make it easier for consumers to genuinely compare offers.

Examples of website advertisements by Dodo and CovaU are below. 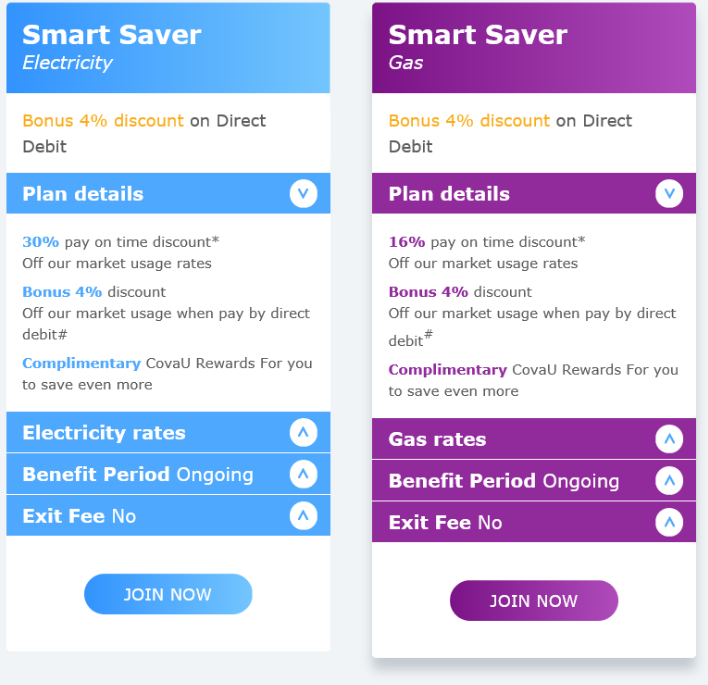 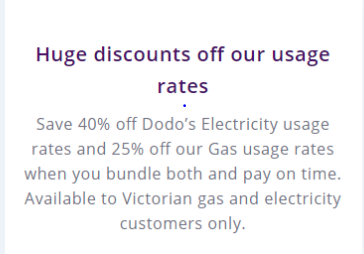