Trivago to pay $44.7 million in penalties for misleading consumers over hotel room rates

The Federal Court has ordered Trivago to pay penalties of $44.7 million for making misleading representations about hotel room rates on its website and in television advertising, in proceedings brought by the ACCC.

In January 2020, the Federal Court found that Trivago had breached the Australian Consumer Law by misleading consumers when representing that its website would quickly and easily help users identify the best deal or cheapest rates available for a given hotel.

In fact, Trivago used an algorithm which placed significant weight on which online hotel booking site paid Trivago the highest cost-per-click fee in determining which rates to highlight on its website and as a result often did not highlight the cheapest rates for consumers.

Trivago admitted that between December 2016 and September 2019 it received approximately $58 million in cost-per-click fees from clicks on offers that were not the cheapest available offer for a given hotel, causing consumers to overpay hotel booking sites approximately $38 million for rooms featured in those offers.

“One of the ACCC’s key priorities is to hold online businesses accountable for their representations to consumers and to ensure consumers are fully aware of the way these supposedly free services actually work and what influences the prices they display,” ACCC Chair Gina Cass-Gottlieb said.

“The way Trivago displayed its recommendations when consumers were searching for a hotel room, meant consumers were misled into thinking they were getting a great hotel deal when that was not the case.”

“Trivago also mislead consumers by using strike-through prices which gave them the false impression that Trivago’s rates represented a saving when in fact they often compared a standard room with a luxury room at the same hotel,” Ms Cass-Gottlieb said.

“Trivago’s conduct took advantage of consumers’ desire to find the best deal, and the Court’s decision to order such a significant penalty reflects the seriousness of Trivago’s conduct.”

“This penalty sends a strong message not just to Trivago, but to other comparison websites, that they must not mislead consumers when making recommendations,” Ms Cass-Gottlieb said.

Trivago is part of the Expedia Group. Trivago’s website aggregates deals offered by online hotel booking sites (like Expedia, Hotels.com and Booking.com) and hotel proprietors’ own websites for available rooms at a hotel and highlights one offer out of all online hotel booking sites (referred to as the ‘Top Position Offer’). However, Trivago’s own data showed that higher-priced room rates were selected as the Top Position Offer over alternative lower-priced offers in 66.8 per cent of listings.

In August 2018 the ACCC instituted proceedings against Trivago and in January 2020, the Federal Court found Trivago had breached the Australian Consumer Law when it made misleading representations about hotel room rates on its website and television advertising.

In March 2020, Trivago appealed the Court’s decision. This was dismissed by the Full Federal Court in November 2020.

The following is an example of Trivago’s online price display taken on 1 April 2018. For example, the $299 deal is highlighted below, when a cheaper deal was available if a consumer clicked “More deals” (underneath the offers from other booking sites in the middle panel). 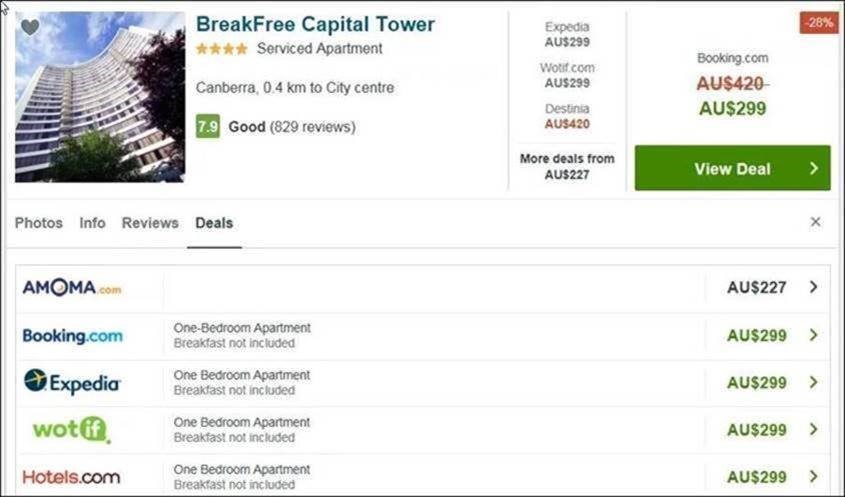 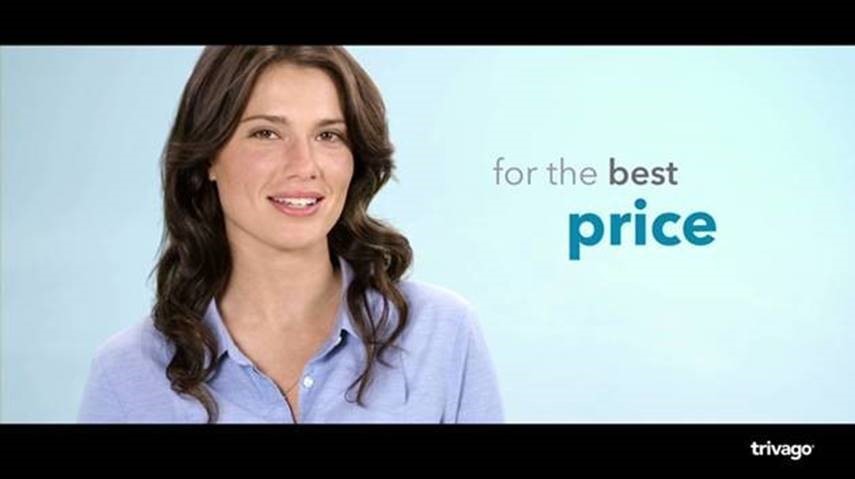