Telstra is offering refunds to some AFL Live Pass app subscribers after the ACCC raised concerns about Telstra’s disclosure of the size of its viewing screen available on mobiles and tablets.

During the 2016 season, live AFL matches appeared in full-screen on tablets. On 31 January 2017, Telstra introduced a screen size restriction of seven inches for live matches, meaning games no longer appeared full screen on many tablets.

The AFL Live Pass is advertised on the AFL website with images of AFL matches appearing full-screen on tablets. These images are accompanied by the text “Watch every AFL match live…on mobile and tablet”.

“The ACCC was concerned that footy fans may have subscribed or renewed subscriptions to the AFL Live Pass thinking that they could continue watching live AFL matches in full-screen on a tablet, when this was not the case,” ACCC Chairman Rod Sims said.

“Some footy fans were locked into a Telstra subscription before the screen size restriction took effect. When businesses make changes to the subscription terms of goods or services, customers should be clearly notified of the change so people are able to make an informed decision about whether to continue their subscription,” Mr Sims said.

The form will be available until 22 March 2018. After that date, consumers can still contact Telstra to request a refund. Telstra is only offering the refund to annual subscribers who downloaded the AFL Live Pass prior to 31 January 2017 and accessed the service on a tablet.

The AFL Live Pass app is operated by Telstra subject to a licensing agreement with the AFL. It allows consumers to stream AFL matches live on supported mobile and tablet devices.

After the screen size restriction was introduced, matches streamed live with the AFL Live Pass on a tablet larger than seven inches appear in a seven inch format surrounded by black borders or match statistics. The first image below is a screenshot from the AFL website of a full screen tablet.

The second image below is a screenshot of a live AFL match taken from an iPad with a 9.7 inch display. 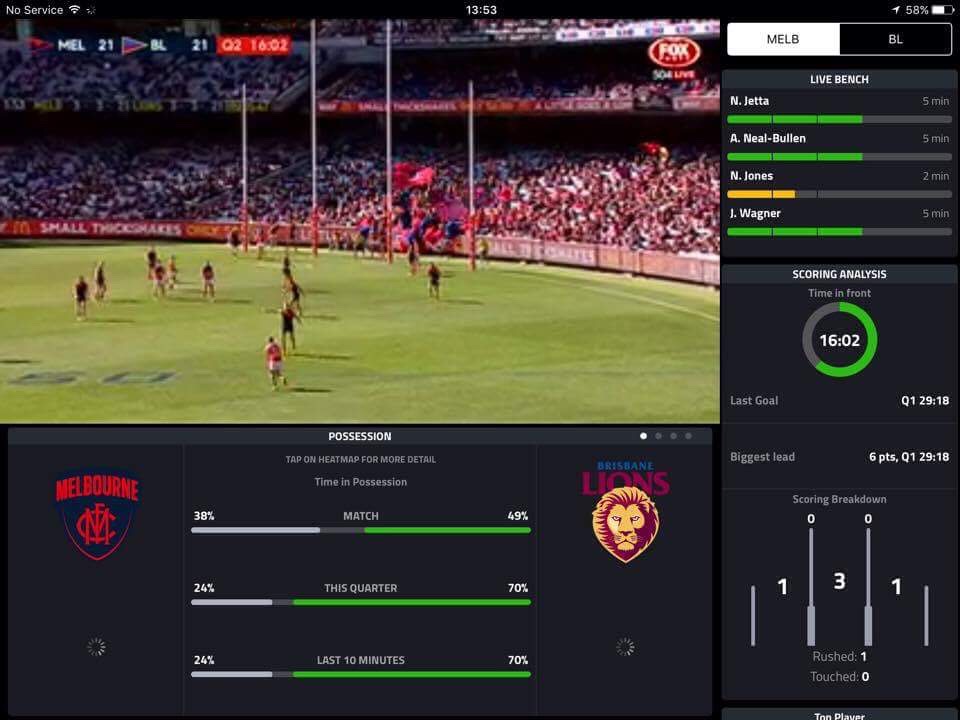 The AFL website also includes an image of an AFL match on a tablet larger than seven inches surrounded by match statistics.