Electricity provider Locality Planning Energy Pty Ltd (LPE) has paid a penalty of $10,500 after the ACCC issued it with an infringement notice for an alleged contravention of the Electricity Retail Code.

This is the first enforcement action taken by the ACCC for a breach of the Code.

The Code was introduced in July 2019 to reduce confusion and make it easier for consumers to compare retail electricity offers. It imposes rules on electricity providers for how they must advertise prices and conditions on market and standing offers.

The ACCC alleges that LPE breached the Code by publishing an offer on its website but failing to include:

“By not displaying the information required by the Code, LPE made it difficult for consumers to assess the value of the deal against others advertised in the market,” ACCC Chair Rod Sims said.

“Electricity retailers have had plenty of time to ensure they comply with the Code and the ACCC will not hesitate to take enforcement action against those who fail to do so.”

The Code was implemented by the Australian Government in response to recommendations made in the ACCC’s Retail Electricity Pricing Inquiry report.

The Code requires electricity retailers to include certain information when advertising or publishing their market offers.

Under the Code, prices and discounts must be calculated and advertised against the reference price as a comparison percentage.

The ACCC has issued a guide to energy retailers about the Code, which commenced on 1 July 2019.

LPE is a subsidiary of Locality Planning Energy Holdings Limited (ASX: LPE) and entered the energy market in November 2014, offering electricity in Queensland and in some parts of New South Wales. 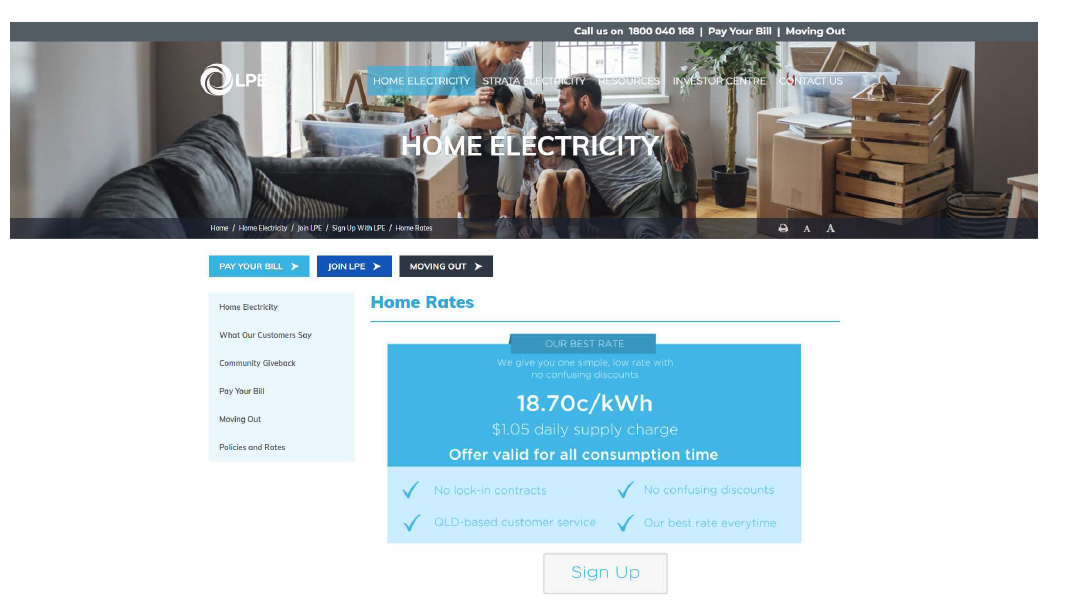