Home, contents and strata insurance is becoming increasingly unaffordable in northern Australia, where the rate of households going without insurance is almost double that of the rest of the country, the ACCC’s latest Northern Australia Insurance Inquiry interim report reveals.

Related to this, the rate of home building non-insurance across northern Australia stands at about 20 per cent, compared to a rate of about 11 per cent for the rest of Australia.

This non-insurance rate appears to be growing in parts of northern Australia, and affordability is the major reason, the report finds.

“Our report details just how expensive insurance has become in some parts of northern Australia, and that many households are opting out of insurance altogether,” ACCC Deputy Chair Delia Rickard said.

“These high premiums pose a risk to the resilience, liveability and prosperity of our northern regions.”

For example, Townsville residents pay an average of $3088 a year for home and contents insurance, but 10 per cent of those residents face insurance premiums of $4682 or more.

These measures all face challenges. They would require significant public funds, and may limit incentives to reduce risk.

However, by making insurance more affordable and increasing the uptake of insurance, such measures may lead to reduced government spending down the track on post-disaster relief to non-insured households.

“These measures may also support governments’ objectives of developing northern Australia and attracting more residents and investment to these regions,” Ms Rickard said.

“Direct subsidies can be an effective way of relieving some of the acute insurance affordability pressures felt by consumers in northern Australia. Subsidies can be more targeted than other measures and allow governments some flexibility in how to target and value them but are not without risks.”

Where mitigation is an appropriate option for a particular region or property, the ACCC supports both public and private mitigation.

“These are important considerations for governments to assess,” Ms Rickard said.

In its latest report, the ACCC has combined information collected from insurers with data from the 2016 Census to reveal estimates of non-insurance rates across northern Australia.

Northern Australian residents cited cost as the main reason for not purchasing insurance, in a series of surveys commissioned by the ACCC.

The ACCC also conducted case studies of insurance markets in selected communities across northern Australia, including Townsville, impacted by major floods in 2019, and areas hit by Cyclone Debbie in 2017.

Many northern Australian residents are attempting to cope with higher premiums by reducing their level of coverage; either with a lower sum insured or with higher excesses, the report finds.

But there is little help for consumers struggling to pay their premiums, because hardship programs offered by insurers typically only provide assistance to consumers who need to pay an excess to make a claim, rather than assisting consumers to keep up with premium payments.

More consumers are opting to pay their annual premium in instalments. But some insurers apply a fee or surcharge for instalment payments, which can add up to hundreds of dollars a year.

In addition, few insurers are offering the free bill paying service Centrepay to their eligible customers.

In its final 12 months, the inquiry will further examine how insurers take building specifications into account when setting premiums, and also how insurance considerations could be factored into land use planning processes.

In addition we will be taking a closer look at issues associated with insurance for strata properties.

“We will also be examining how insurers can better support customers in financial difficulty, and we will be asking why more insurers are not offering fortnightly payments and access to Centrepay,” Ms Rickard said.

In July 2017, the ACCC commenced an inquiry into the supply of residential (home), contents and strata insurance in northern Australia, following direction from the Australian Government.

The final report is due to the Treasurer by 30 November 2020. 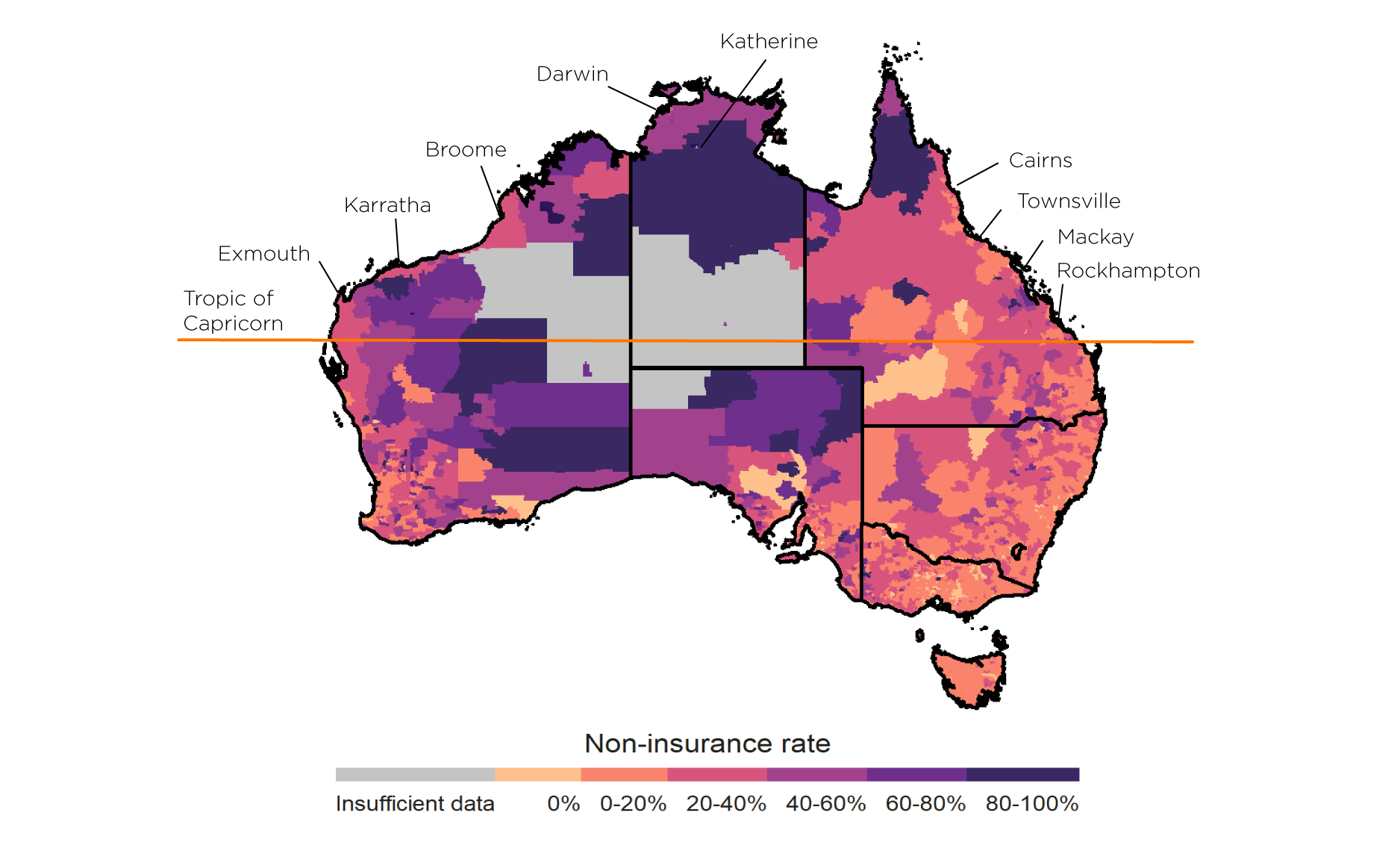