The ACCC has instituted proceedings in the Federal Court against Samsung Electronics Australia Pty Ltd (Samsung) alleging it made false, misleading and deceptive representations in advertising the water resistance of various ‘Galaxy’ branded mobile phones.

Since around February 2016, Samsung has widely advertised on social media, online, TV, billboards, brochures and other media that the Galaxy phones are water resistant and depicted them being used in, or exposed to, oceans and swimming pools.

Samsung also advertised the Galaxy phones as being water resistant up to 1.5 metres deep for 30 minutes. The ACCC’s case involves over 300 advertisements.

“The ACCC alleges Samsung’s advertisements falsely and misleadingly represented Galaxy phones would be suitable for use in, or for exposure to, all types of water, including in ocean water and swimming pools, and would not be affected by such exposure to water for the life of the phone, when this was not the case,” ACCC Chair Rod Sims said.

The ACCC claims Samsung did not have a reasonable basis for making the representations because:

Aside from not having a reasonable basis, the ACCC also claims that the representations are false, misleading and deceptive, because the Galaxy phones were not suitable for use in all types of water, and the life of the phones could or would likely be adversely affected if used in water (including non-fresh water).

“Samsung itself has acknowledged that water resistance is an important factor influencing Australian consumer decisions when they choose what mobile phone to purchase,” Mr Sims said.

Samsung’s Galaxy phones which were advertised as being water resistant were sold at a higher price than Samsung phones which do not have this feature.

“Under the Australian Consumer Law, businesses cannot mislead consumers about their products’ capabilities. Any attempt to do so will risk court action from the ACCC.”

The ACCC is seeking penalties, consumer redress orders, injunctions, declarations, publication orders, an order as to findings of fact, and costs.

Examples of Samsung’s advertisements are below: 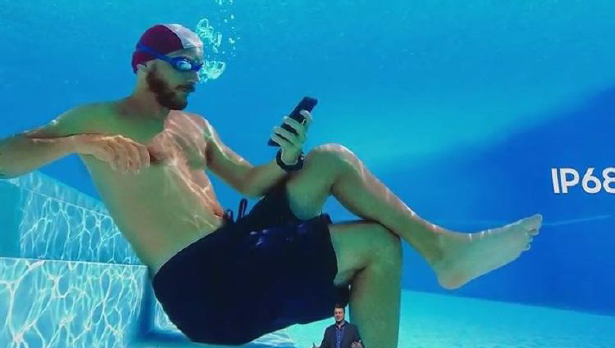 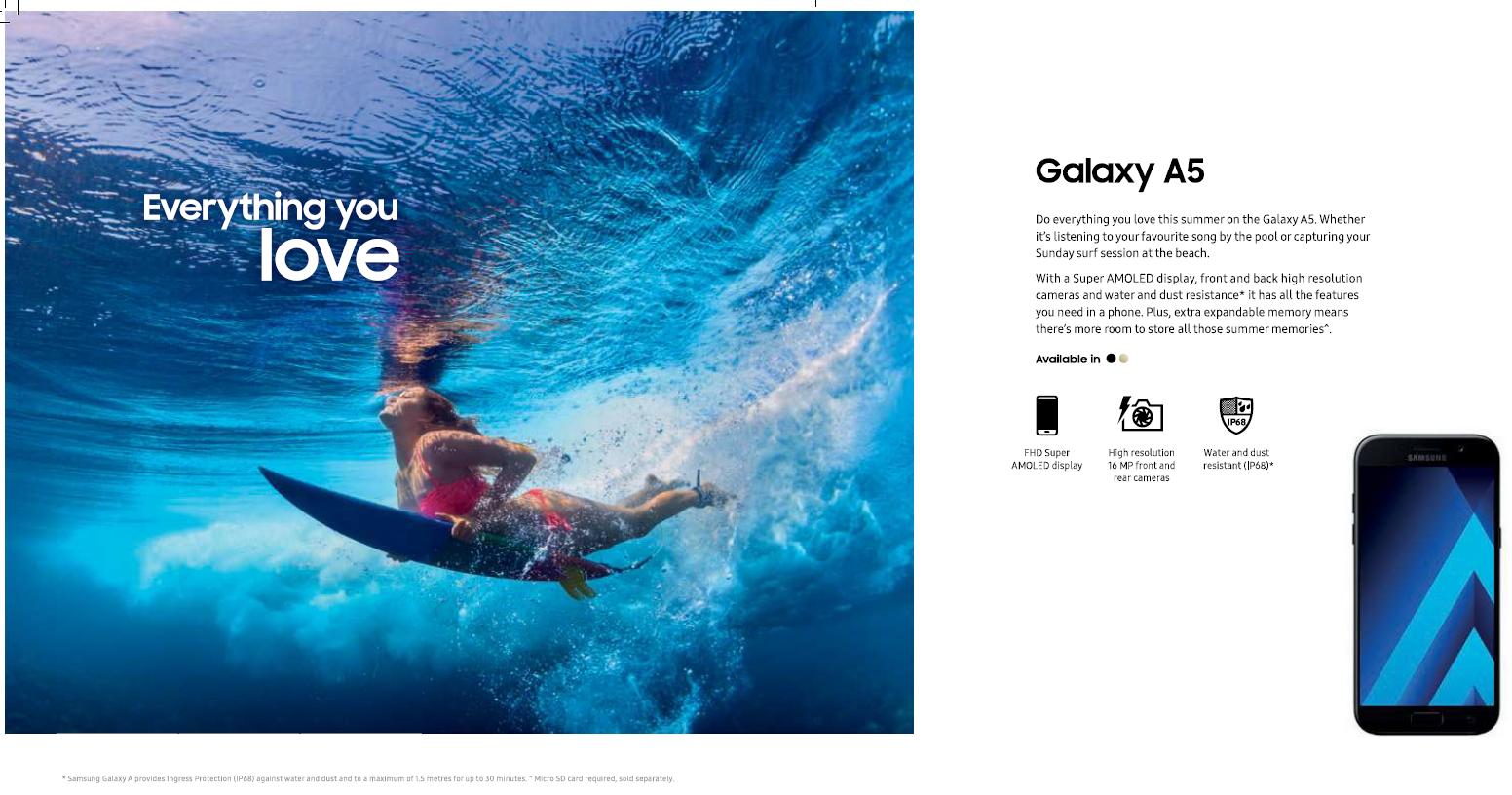 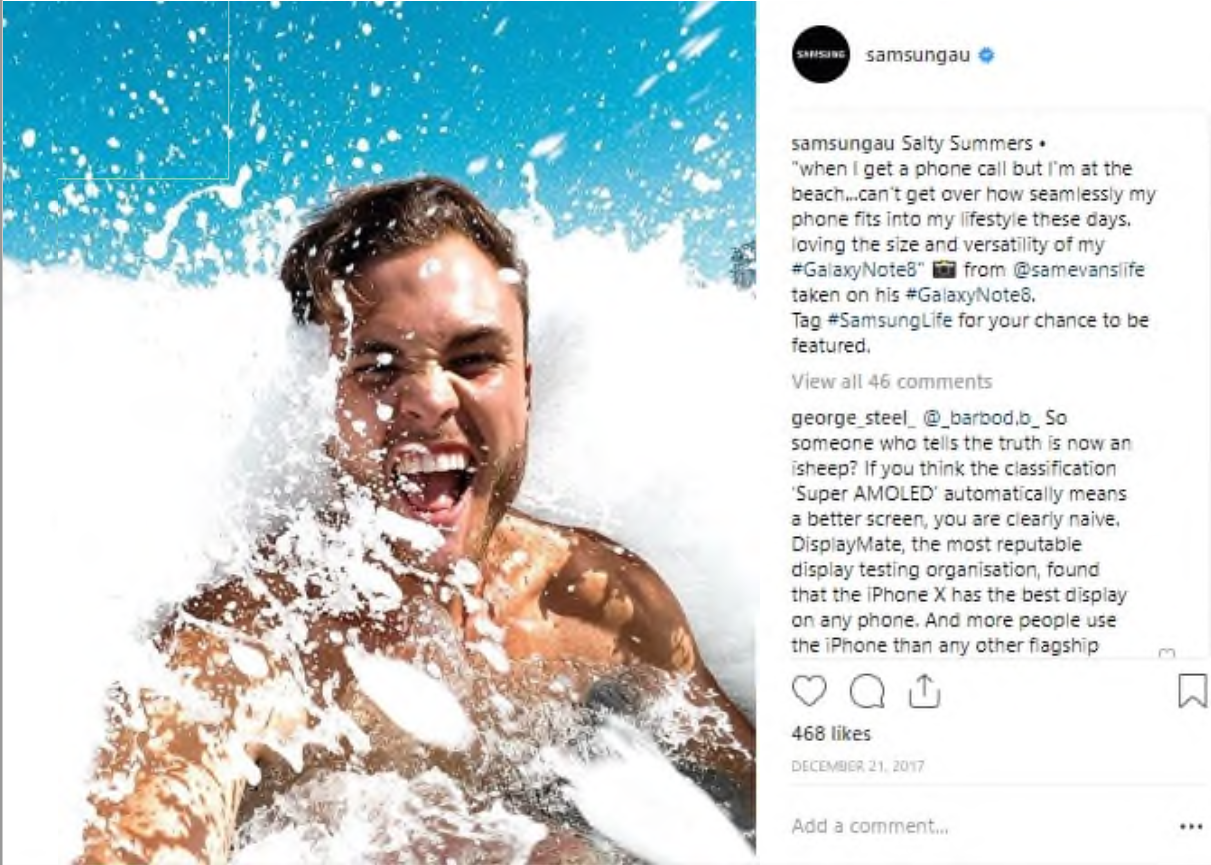 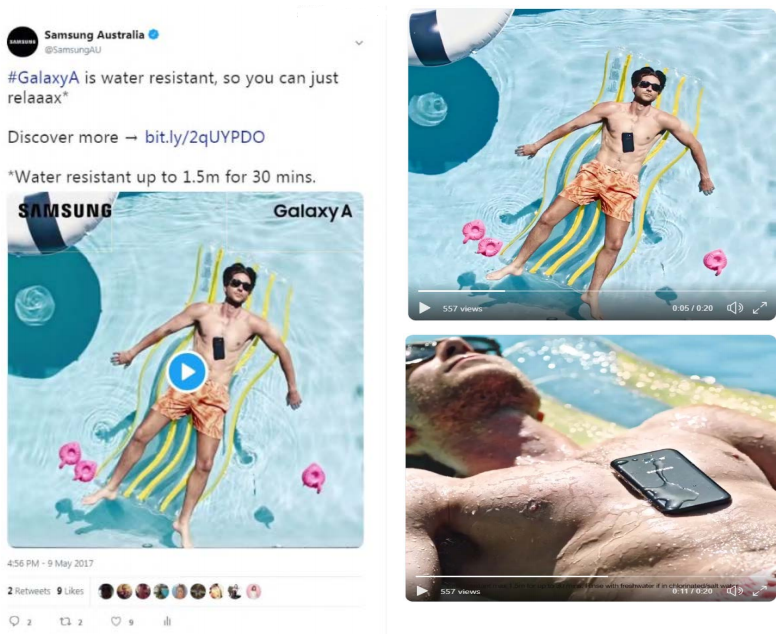