Decathlon pays $1.5 million for selling sporting goods that did not comply with safety standards

The Federal Court has ordered Decathlon (Australia) Pty Ltd (Decathlon) to pay penalties of $1.5 million for selling sports and recreation goods that did not comply with applicable mandatory safety standards, in breach of the Australian Consumer Law (ACL).

Decathlon admitted that, between January 2016 and December 2019, it supplied 432 basketball rings and backboards and 307 portable swimming pools which did not comply with the relevant Australian mandatory safety standards.

Fourteen models of Decathlon basketball rings and backboards and five models of portable swimming pool products did not include the safety labelling, consumer warnings or installation and use instructions required by the safety standards.

“By not including these important warnings, Decathlon put consumers at risk of serious harm when they were using the Decathlon swimming pools, basketball rings and backboards.”

Decathlon admitted it supplied 66 portable pools which were over 30 centimetres deep without the required warnings such as “children have drowned in portable swimming pools”, “ensure active adult supervision at all times” and “pool fencing laws apply to this pool”.

Decathlon also admitted it supplied 341 basketball rings and backboards with user manuals that contained misleading representations that they were safe to attach to brickwork, when that was not the case.

“When the basketball rings and backboards are attached to a brick wall, the wall cannot cope with the stresses placed on them when people perform slam dunks, which could lead to serious or fatal injuries if the wall collapses,” Ms Rickard said.

“It is illegal to sell products in Australia that do not comply with mandatory safety standards, and consumers have a right to expect that products they purchase will not endanger their safety, or the safety of their family and others.”

The Court found that Decathlon sold the products that did not comply with the relevant standards as a result of a general lack of attention to its legal responsibilities coupled with a failure to take effective and timely action in response to correspondence received from the ACCC that drew attention to compliance problems in relation to a range of products.

The Court ordered Decathlon to publish a corrective notice on its website and to implement an ACL compliance program. Decathlon was also ordered to pay the ACCC’s costs.

Decathlon admitted that it had contravened the ACL, and consented to declarations, and orders for the implementation of a compliance program order and publication of a corrective notice.

Decathlon is an online store which also operates five stores in Melbourne and Sydney. It is fully owned by its ultimate holding entity, Decathlon S.A. in France which has more than 1,500 stores across more than 55 countries.

In December 2019, Decathlon recalled 51 different products, including all Decathlon basketball rings and backboards, basketball systems, and the portable swimming pools products which are the subject of these proceedings.

In July 2020, the ACCC instituted these proceedings against Decathlon.

In 2018/19, 19 children aged 0-4 years drowned in Australia, nearly two thirds of them in swimming pools. Many more children are hospitalised each year after a drowning incident in a portable swimming pool.

Basketball rings and backboards must comply with the Consumer Goods (Basketball Rings and Backboards) Safety Standard. This standard is designed to reduce the risk of death and serious injury resulting from the improper installation and use.

Since 2012, one person died due to improper installation of a basketball ring and backboard on a garage which similarly collapsed when the user performed a ‘slam dunk’.

As the national product safety regulator for consumer products, the ACCC identifies, prioritises and manages product safety risks across many thousands of different product types to help keep Australians safe.

The ACCC works closely with its state and territory counterparts who regulate product safety across the country.

Examples of products affected below: 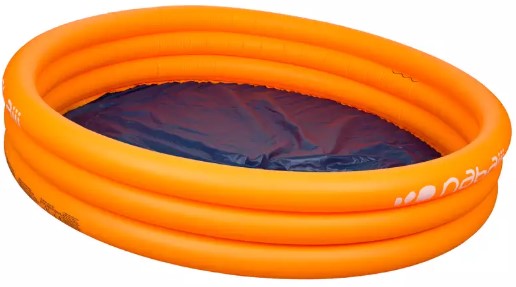 Example of warning required for some basketball rings and backboards below: 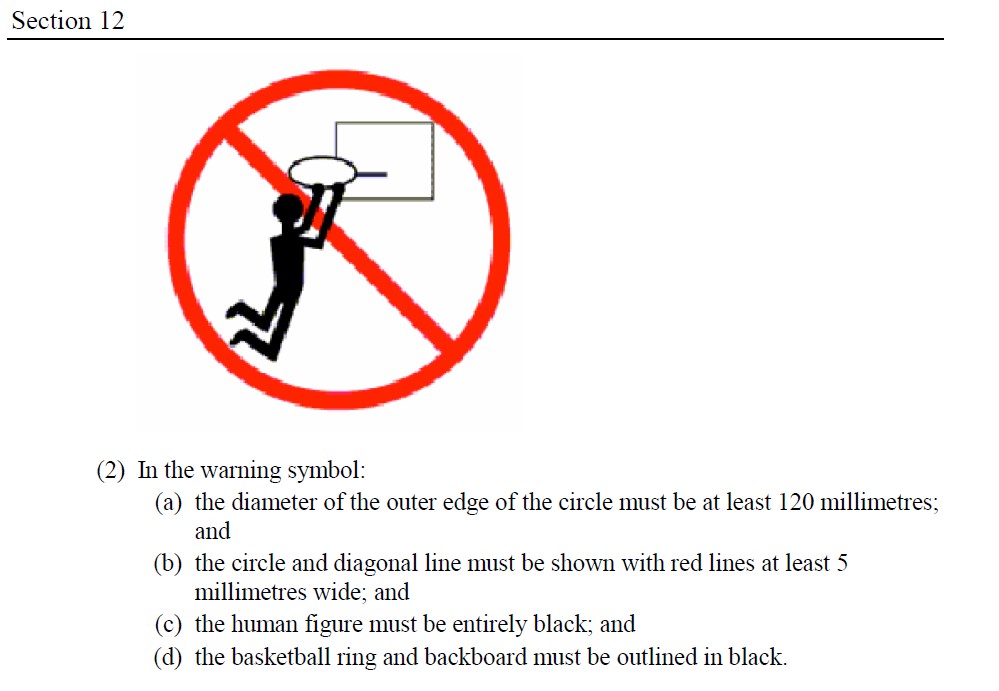