The ACCC has released a statement of preliminary views on the authorisation sought by Telstra and TPG for their proposed regional mobile network arrangements. The ACCC is calling for further submissions and looks forward to hearing from stakeholders about its preliminary views.

Telstra and TPG are asking the ACCC to provide authorisation for the deemed acquisition of certain TPG spectrum, which is tied to three interrelated network agreements that are being considered together.

TPG would then shut down its remaining 556 mobile sites in those areas and acquire mobile network services from Telstra for mobile coverage.

“The ACCC has today set out issues for further consideration, and is calling for further views from industry and consumers on how these agreements may impact competition and whether there are public benefits,” ACCC Commissioner Liza Carver said.

“There is still a lot of work to do on this complicated and nuanced review, which is of critical importance to competition in the mobile telecommunication sector. At this stage we have not reached any overall conclusions, but welcome further submissions from stakeholders and consumers alike on the issues raised,” Ms Carver said.

“We are looking extremely closely at all aspects of these agreements, as a decision either way can have significant long term effects.”

The ACCC can only grant authorisation if it is satisfied in all the circumstances that either there is not a likely substantial lessening of competition, or that there is likely to be public benefits that outweigh any public detriments.

The ACCC’s final decision on whether to grant authorisation to Telstra and TPG will likely be announced in early December.

In general, the ACCC has 90 days to make its decision on applications for merger authorisation, although it can extend the timeframe if the applicants agree. In this case, Telstra and TPG has agreed to an extension, meaning the ACCC now has until 2 December 2022 to make its decision.

Telstra and TPG have entered into three interrelated agreements in respect of a Multi-Operator Core Network (MOCN) commercial arrangement: a MOCN Service Agreement, a Spectrum Authorisation Agreement, and a Mobile Site Transition Agreement.

Broadly, the arrangement involves TPG authorising Telstra to use spectrum which it currently owns, and Telstra providing TPG with network services by way of active mobile network infrastructure sharing in certain regional and urban fringe areas (the Regional Coverage Zone), which comprise approximately 17 per cent of the Australian population coverage.

TPG would use the MOCN services supplied by Telstra to offer 4G and 5G retail and wholesale services in the Regional Coverage Zone. TPG would also transfer up to 169 of its existing mobile sites in the Regional Coverage Zone to Telstra, and intends to decommission the remainder. The initial term of the MOCN Service Agreement is 10 years and TPG has two options to extend the agreement by 5 years. 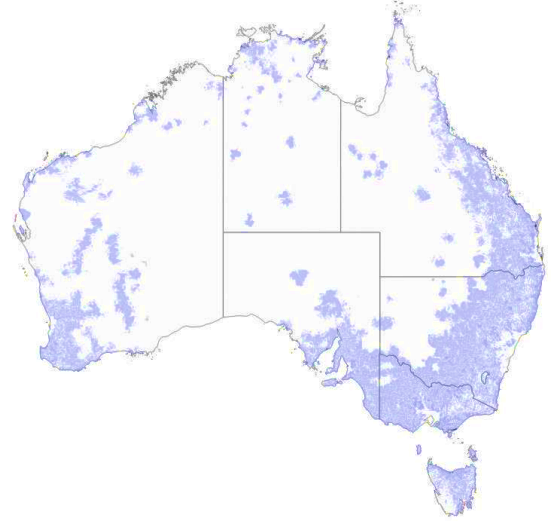 This map highlights the areas affected by the proposed regional mobile network arrangements.

This map was provided by Telstra and TPG.