The Independent Liquor Group (ILG) has paid a penalty of $10,200 following the issue of an infringement notice by the Australian Competition and Consumer Commission in relation to its “Aussie Beer” product.

From March 2014 to August 2014, ILG supplied a product named “Aussie Beer”, with labelling that incorporated the statement “100% owned” within a map of Australia and the statement “Australia’s finest malt”.  The packaging also featured green and gold colours, which are colours closely associated with Australian sporting teams. 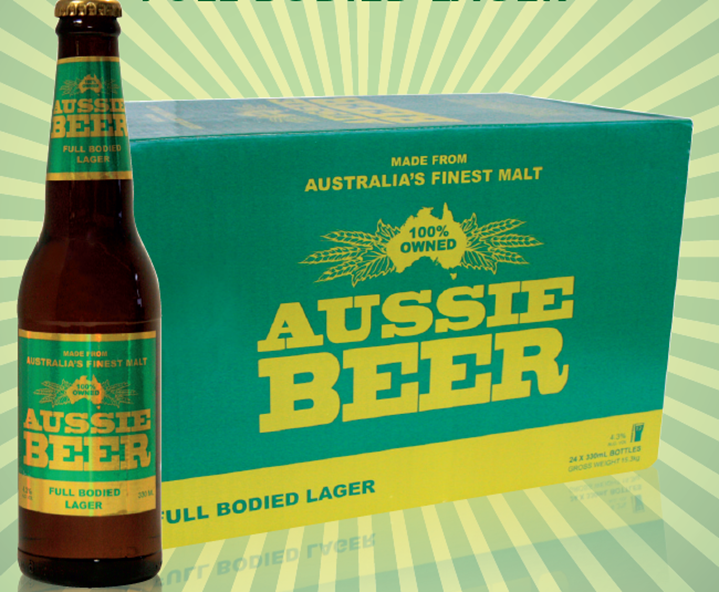 The ACCC considered that, by its packaging and labelling, ILG represented that its “Aussie Beer” product was a product made in Australia when in fact the product was made in China.

The infringement notice was issued because the ACCC had reasonable grounds to believe that ILG had made false or misleading representations about the country of origin of the “Aussie Beer” product, in contravention of the Australian Consumer Law (ACL).

“Country of origin representations, particularly those designed to grab the eye of the consumer by using well known symbols, colours, or slogans, must be truthful,” ACCC Chairman Rod Sims said.

“Consumers will often place a premium on the provenance of a product, but are unable to check the accuracy of those claims.  This is particularly the case with Australian made products which encourage consumers to support local industries. Consumers are entitled to expect that prominent representations made on packaging are accurate without having to check for disclosures in the fine print.”