Unilever Australia Limited (Unilever) and The Smith’s Snackfood Company Pty Ltd (Smith’s) have each paid a penalty of $10,800 following the issue of infringement notices by the Australian Competition and Consumer Commission for misleading healthy food representations.

The ACCC had reasonable grounds to believe both companies made false or misleading representation on the packaging of popular products they supply that the products had been approved or were suitable as healthy options for school canteens.

Unilver’s Paddle Pop Rainbow (10 pack) packaging included a logo on the front, back and one side of the packaging with the words “School Canteen Approved” and a tick symbol (see Image 1).

Both products’ packaging included a disclaimer that the product met the ‘Amber’ criteria of the National Healthy School Canteens Guidelines, however they were in a small font size and on a different side to the logos. The ACCC did not consider these disclaimers were sufficiently prominent to correct the misleading representations created by the logos.

“The ACCC believes both companies were using logos to claim that these products were a healthy option for school canteens to supply to children, when they were not,” ACCC Commissioner Sarah Court said.

“School canteen managers, parents and caregivers rely upon product packaging and labelling when choosing healthy snacks for children. The ACCC is currently examining consumer protection issues around ensuring that the health claims made by large businesses are accurate and will not mislead consumers.”

Unilever and Smith’s have informed the ACCC they will both stop using the logos on their product packaging.

This matter was first brought to the ACCC’s attention through a complaint made by consumer advocacy group CHOICE.

The Department of Health established the National Healthy School Canteens Guidelines (NHSC) Guidelines in 2010 to provide training and guidance to school canteen managers so they can make informed assessments of the nutritional value of food and drink that may be supplied in school canteens.

Both of the products in question fell within the ‘Amber’ category of the NHSC Guidelines which means it should be ‘selected carefully’ rather than eaten regularly or in large amounts. 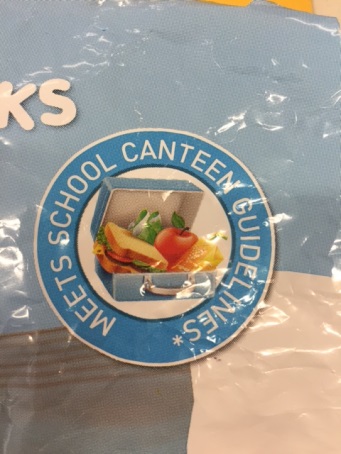