Cereal Partners Australia Pty Ltd (CPA), the manufacturer and distributor of Uncle Tobys brand oats,  has paid penalties of $32 400 in relation to alleged false or misleading representations about the protein content of certain Uncle Tobys brand oats products. This followed the issue of three infringement notices by the Australian Competition and Consumer Commission. 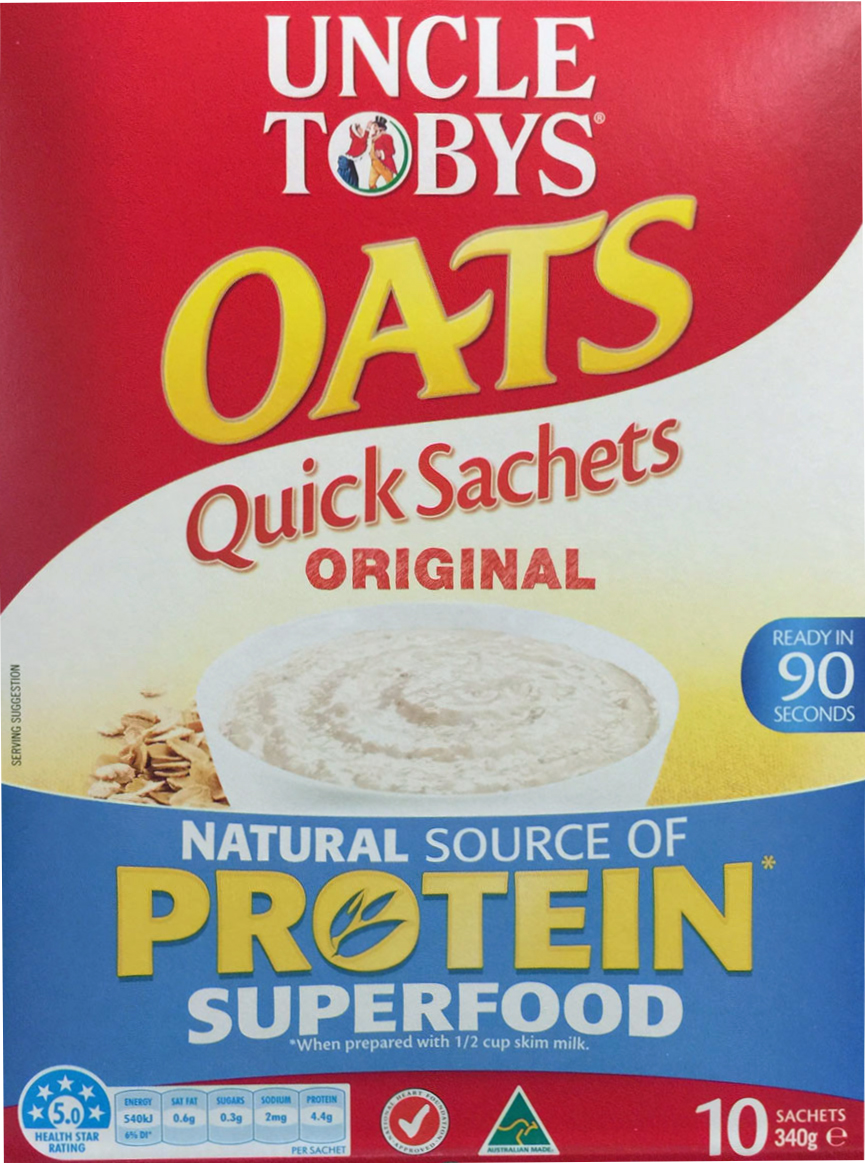 The ACCC issued the infringement notices because it had reasonable grounds to believe that CPA made false or misleading representations about the protein content of certain Uncle Tobys brand oats products, in contravention of the Australian Consumer Law (ACL).

These representations were also made in a television commercial promoting Uncle Tobys oats products, which contained a similar fine print disclaimer.

The ACCC alleged that by:

CPA made false or misleading representations that the oats in these Uncle Tobys products contained a significant amount of protein, when this is not the case. 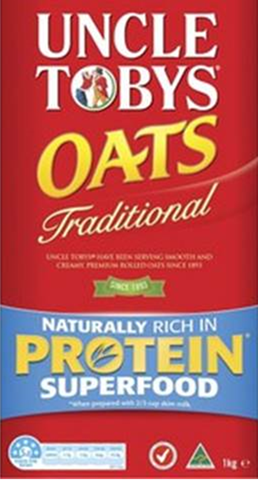 The ACCC did not consider the disclaimer contained on the packaging and a similar disclaimer in the television commercial was sufficient to correct the dominant impression created by these statements and their presentation.

“Consumers should be able to purchase food products based on accurate health and composition claims. While the ACCC acknowledges that oats have many health benefits, on their own they are not high in protein, contrary to the representations made about these Uncle Tobys products,” ACCC Chairman Rod Sims said.

“Business should be aware that a fine print disclaimer is insufficient to correct or qualify a prominent representation on packaging or in advertising that is false or misleading.”

“Truth in advertising, particularly where misleading claims are made by large businesses, is a priority enforcement area for the ACCC,” Mr Sims said.