Between at least January and April 2018, Ozwear claimed on its website it is “100% Aussie owned” and that its “Classic Ugg” range were made using “the best materials available in Australia”. Prior to May 2018, Ozwear also attached a tag that was green and gold, shaped like a map of Australia and included the words “this exclusive premium label is uniquely Australian owned brand for authentic Australian Ugg boots”.

The ACCC considered the representations created a false impression that Ozwear’s “Classic Ugg” footwear were Australian made when, in fact, they were made in China.

“Ozwear’s conduct is unacceptable. Under the Australian Consumer Law, businesses are prohibited from making claims that create a false impression about products being made in Australia,” ACCC Deputy Chair Mick Keogh said.

“Country of origin representations can be a powerful marketing tool for businesses, as many consumers are willing to pay extra for Australian made products.”

“When false or misleading representations are made about a product being Australian made, consumers may end up paying more for no reason at all and businesses who are genuinely making their products in Australia lose out,” Mr Keogh said.

“Businesses are warned that making misleading claims or representations about a product’s country of origin will attract ACCC scrutiny and enforcement action.”

Ozwear Connection is a wholesaler of footwear and accessories in Australia.

The ACCC has published a guidance for businesses making country of origin claims under the Australian Consumer Law (ACL).

The ACCC can issue an infringement notice where it has reasonable grounds to believe a person has contravened certain provisions of the Competition and Consumer Act 2010 (CCA) and  the ACL.

The payment of a penalty specified in an infringement notice is not an admission of a contravention of the CCA or ACL.

A sample of Ozwear’s product with a map of Australia tag is below: 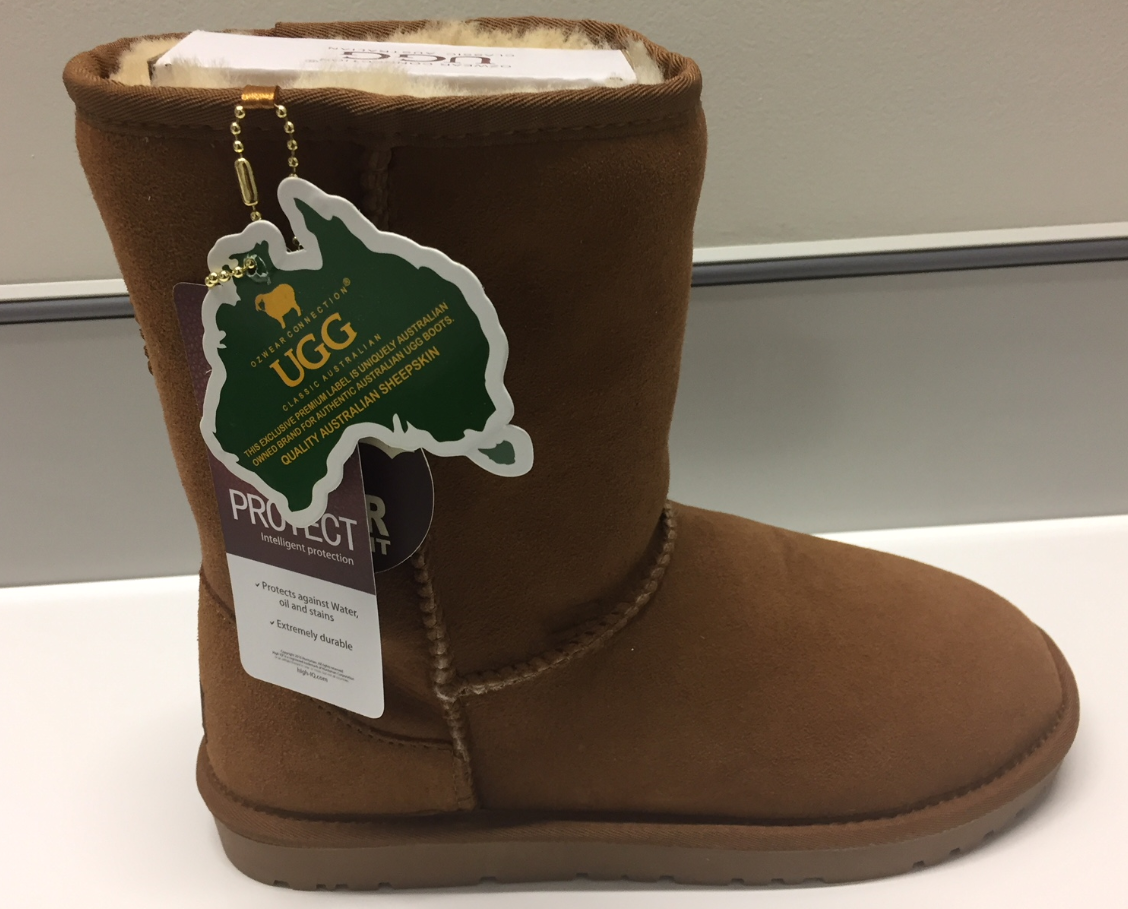