The ACCC has instituted proceedings in the Federal Court against Uber B.V.  (Uber), which has admitted it engaged in misleading or deceptive conduct and made false or misleading representations in the Uber ridesharing app.

Uber has admitted that it breached the Australian Consumer Law by making false or misleading statements in cancellation warning messages and Uber Taxi fare estimates, and has agreed to make joint submissions with the ACCC to the Court for penalties totalling $26 million to be imposed.

Most Uber services including the popular UberX have a five minute ‘free cancellation period’ after the driver has accepted the trip, in which an Uber user can cancel their ride without incurring a fee.

“Uber admits it misled Australian users for a number of years, and may have caused some of them to decide not to cancel their ride after receiving the cancellation warning, even though they were entitled to cancel free of charge under Uber’s own policy,” ACCC Chair Gina Cass-Gottlieb said.

In September 2021, Uber amended its cancellation messaging for Uber services across Australia to ’You won’t be charged a cancellation fee’, if users seek to cancel during the free cancellation period.

In fact, the algorithm used to calculate the estimated fare range inflated these estimates so that the actual taxi fare was almost always lower than that range, and consequently cheaper than Uber’s lowest estimate. The misleading taxi fare estimates were displayed between June 2018 and August 2020, after which the Taxi ride option, available only in Sydney, was removed.

“Uber admits its conduct misled users about the likely cost of the taxi option, and that it did not monitor the algorithm used to generate these estimates to ensure it was accurate,” Ms Cass-Gottlieb said.

“Consumers rely on apps to provide accurate information, and the misleading information on Uber’s app deprived consumers of a chance to make an informed decision about whether or not to choose the Uber Taxi option.”

“Digital platforms like Uber need to take adequate measures to monitor the accuracy of their algorithms and the accuracy of statements they make, which may affect what service consumers choose. This is particularly important as online businesses often carefully design their user interfaces to influence consumer behaviour,” Ms Cass-Gottlieb said.

The parties have agreed to jointly seek orders from the Federal Court including declarations that Uber contravened the Australian Consumer Law, and for Uber to pay $26 million in penalties. The Federal Court will decide at a later date whether the orders sought, including the proposed penalties, are appropriate.

The Uber Group operates in over 700 cities worldwide. It develops and operates technology applications, including the Uber rideshare app and Uber Eats app, which connect consumers with independent providers of ride services and food delivery services. Uber B.V. is a Netherlands company and subsidiary of United States based company Uber Technologies Inc. which is the ultimate holding company in the Uber Group.

Uber B.V. makes the Uber website and app available to consumers in Australia and published the taxi fare information and the cancellation warning messages.

In Australia, consumers take many millions of Uber trips per month.

The following screenshots of the Uber App taken when the conduct was occurring show examples of the misleading representations.

Example of an image of the cancellation screen 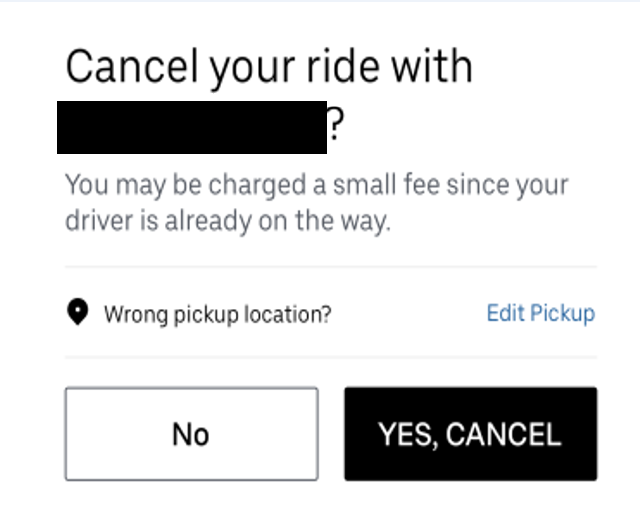 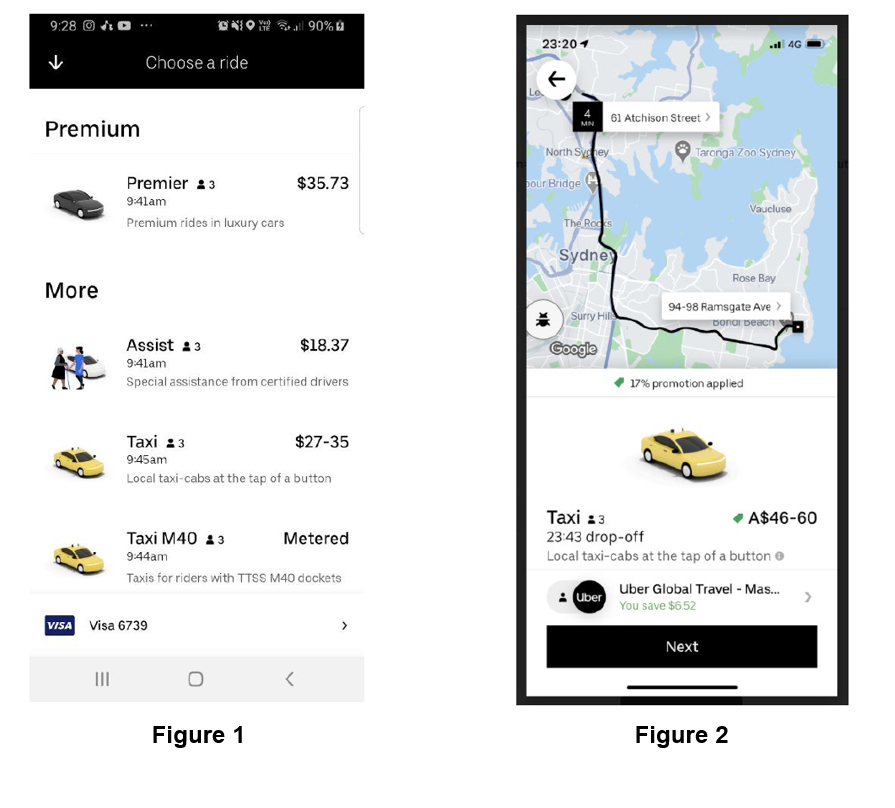