Telstra Corporation Limited (Telstra) has paid a penalty of $102,000 following the issue of an infringement notice by the Australian Competition and Consumer Commission in relation to a recent iPhone 6 advertisement.

The ACCC considered that Telstra’s advertisement misrepresented the price of the phone and phone plan bundle to consumers.

The infringement notice was issued because the ACCC had reasonable grounds to believe that Telstra had made a false or misleading representation about the price of goods or services, in contravention of section 29(1)(i) of the Australian Consumer Law.

“Consumers should be able to understand the true cost of an advertised product so they can make informed purchasing decisions,” ACCC Chairman Rod Sims said.

“Businesses must be careful about using attention grabbing headline prices to ensure that their advertisements do not mislead consumers about the actual price they will have to pay. This is especially the case for bundled goods and services like phones and plans,” Mr Sims said.

“Advertising that is clear allows consumers to make informed purchasing decisions and improves competition as it gives other businesses the opportunity to compete fairly.”

In 2013, the High Court upheld a decision ordering TPG to pay a $2M penalty to the ACCC in relation to misleading advertisements. The advertisements gave the impression that consumers could acquire TPG’s Unlimited ADSL2+ broadband internet service for $29.99 per month when in fact it could only be acquired with a bundled home telephone line for an additional $30 per month plus start-up costs.

As Telstra is a publicly listed company, the infringement notice penalty amount is $102,000. 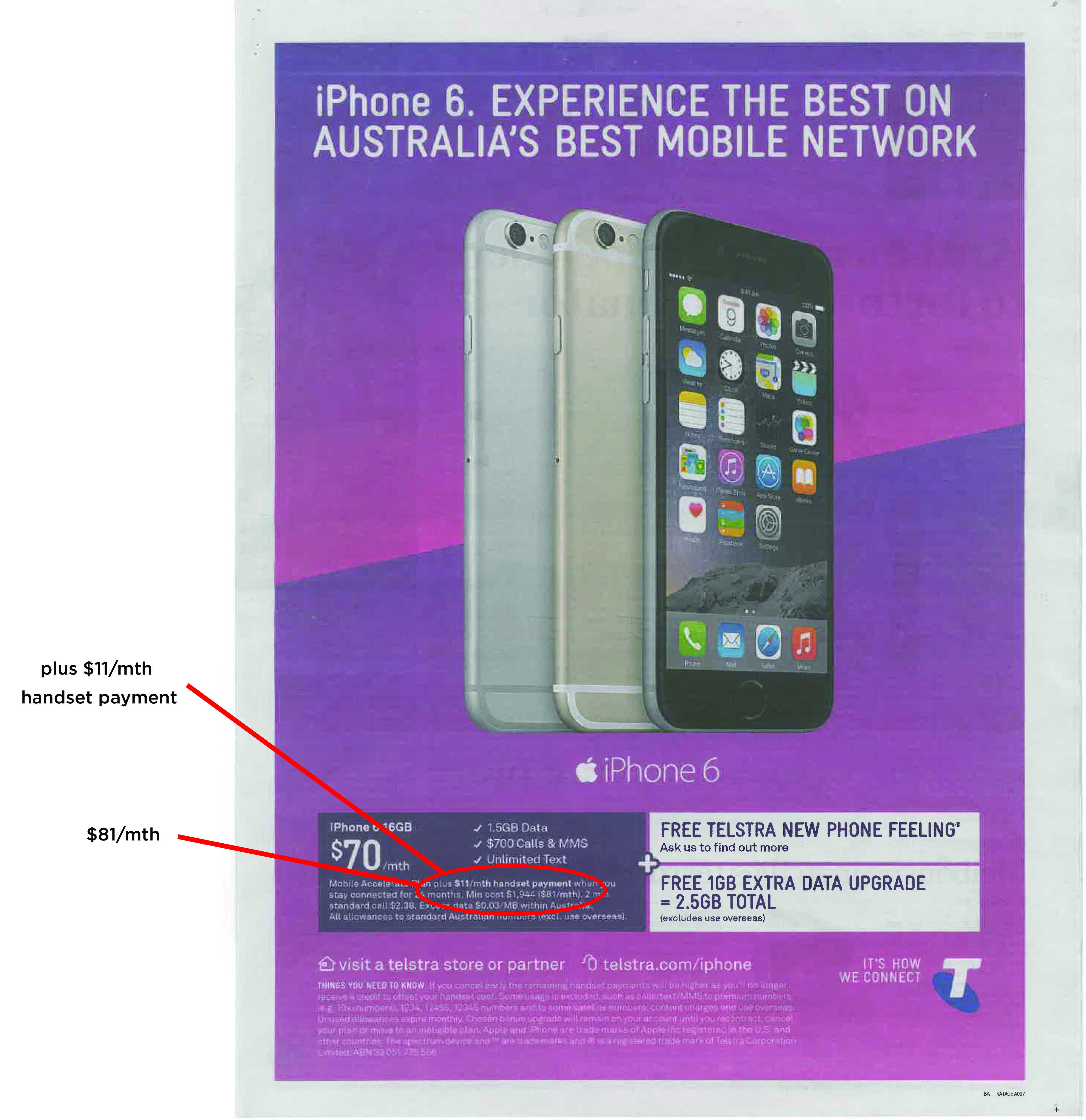