The Australian Competition and Consumer Commission’s ninth quarterly report on the Australian petroleum industry has found that the December quarter 2016 had the highest quarterly average price since the June quarter 2015. This coincided with unprecedented growth in popularity of fuel price comparison apps and websites as motorists seek out the cheapest fuel in their area.

Prices in the five largest cities (i.e. Sydney, Melbourne, Brisbane, Adelaide and Perth) increased by 7.8 cents per litre (cpl) to 122.0 cpl. In addition, gross retail margins (i.e. the difference between retail prices and wholesale prices) increased by 0.9 cpl to 11.3 cpl. Average gross retail margins in the five largest cities in the 2016 calendar year were 10.6 cpl, which was marginally higher than in 2015.

“Average retail prices in the December quarter 2016 in the largest cities were the highest since the June quarter 2015, while gross retail margins also increased in the quarter,” ACCC Chairman Rod Sims said.

The increase in retail prices during the quarter was significantly influenced by the Organisation of the Petroleum Exporting Countries (OPEC) announcing in late November an agreement to limit crude oil production. The OPEC cartel announced an additional agreement in December with 11 non-OPEC countries (including Russia) to reduce production further.

“International crude oil and refined petrol prices increased because of the OPEC cartel’s decision to restrict oil supply. Cartel conduct leads to higher prices and economic harm and, in this case, it has meant higher prices at the pump for Australian motorists,” Mr Sims said.

“In this higher price environment it is even more important for motorists to shop around for cheaper petrol prices.”

“Fuel price apps and websites are helping motorists to pick the best time and the cheapest location to fill their tanks. The ACCC estimates that by timing their purchases of petrol, and choosing to buy from the lowest priced retailer, motorists filling up a vehicle with a 60 litre tank could save themselves around $10 to $15 per tank of petrol,” Mr Sims said. 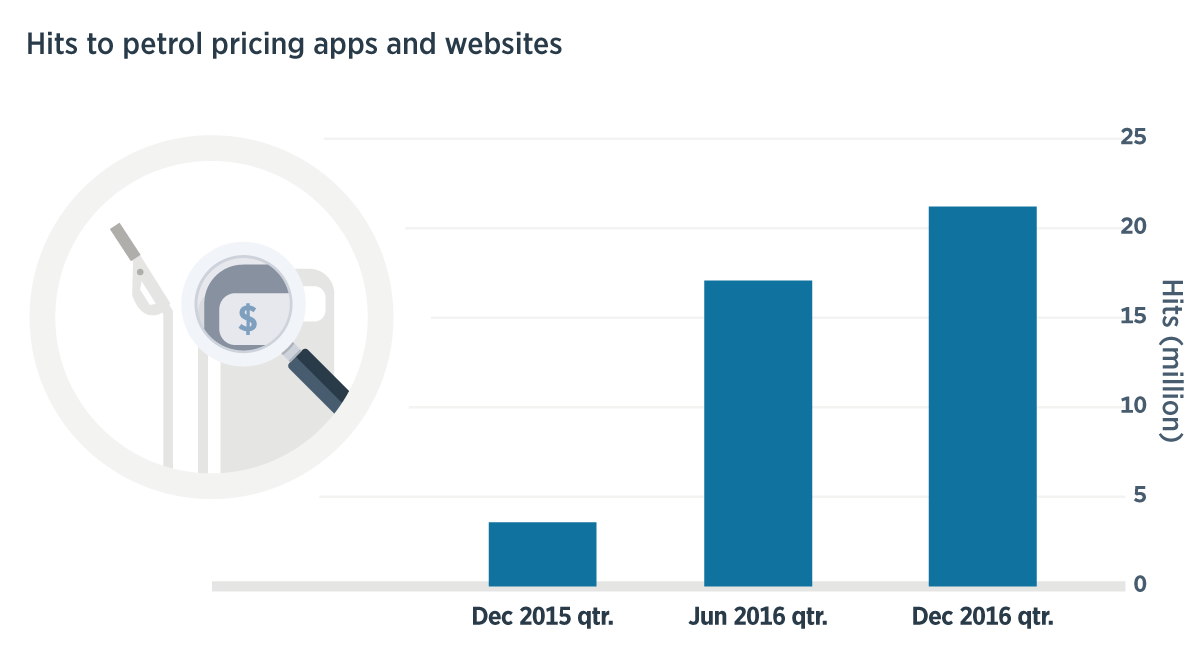 “The increasing popularity of these websites and apps, and the ability of some to crowd source price data, is helping people play an active role in finding cheaper petrol prices and helping discounting petrol retailers broadcast their lower prices. Petrol websites and apps are beginning to play an important role in providing price transparency and I cannot emphasise enough the importance of price transparency in enabling competition in the retail petrol market,” Mr Sims said.

“The more people that use these websites and apps, the more powerful a role they can play in helping consumers get the lowest prices.”

The number of websites and apps which provide consumers with near real-time retail petrol pricing information increased significantly in 2016. The 7-Eleven, GasBuddy, and NRMA apps, and the NSW FuelCheck website join existing ones, such as the MotorMouth, and Woolworths fuel apps and the MotorMouth and WA FuelWatch websites. Screenshots of the GasBuddy app, and the MotorMouth and FuelCheck websites, which show the range of prices available to motorists, are provided below.

Other findings in the report

As part of the ACCC’s Cairns regional market study, the ACCC is seeking an explanation from the major petrol retailers in Brisbane for the higher prices in Brisbane compared with the four other largest cities. Responses will be included in the Cairns report, expected to be released in the first half of 2017.

“These transactions will be closely analysed and assessed by the ACCC as they have the potential to significantly influence the structure and competitive dynamic of the retail petrol sector,” Mr Sims said.

In December 2014, the Australian Government directed the ACCC to monitor the prices, costs, and profits of unleaded petroleum products in Australia for a period of three years. 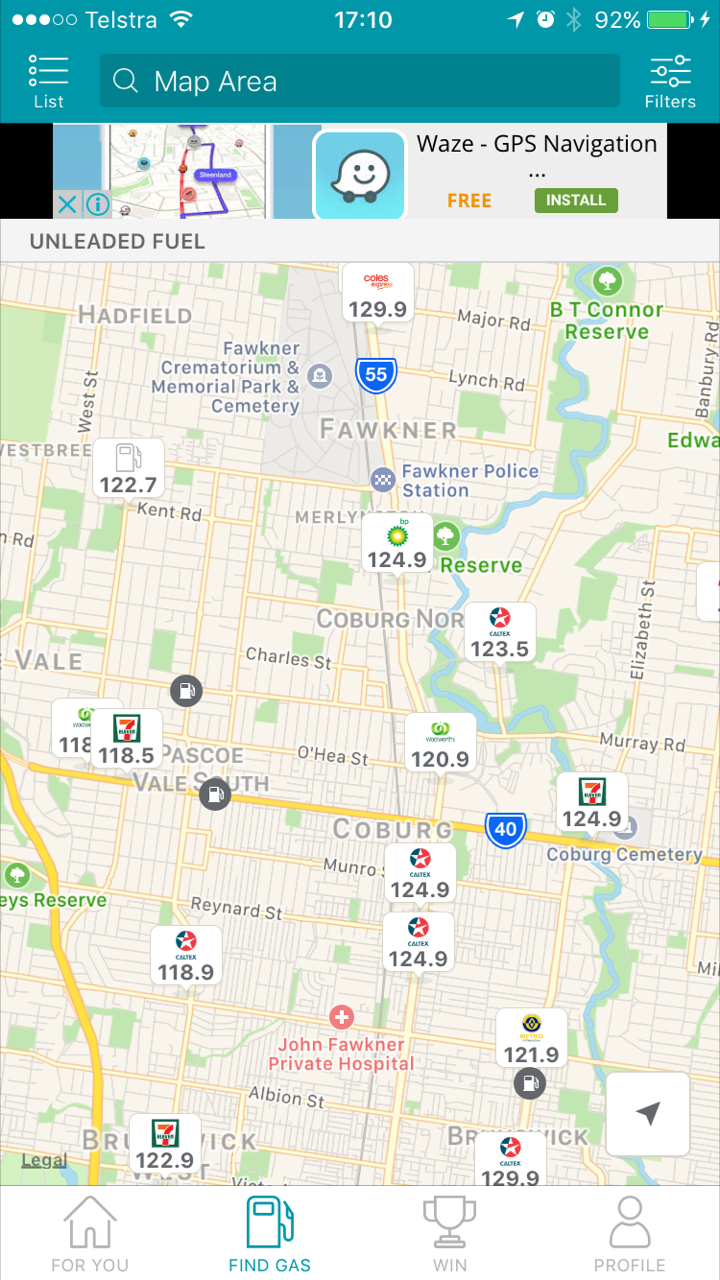 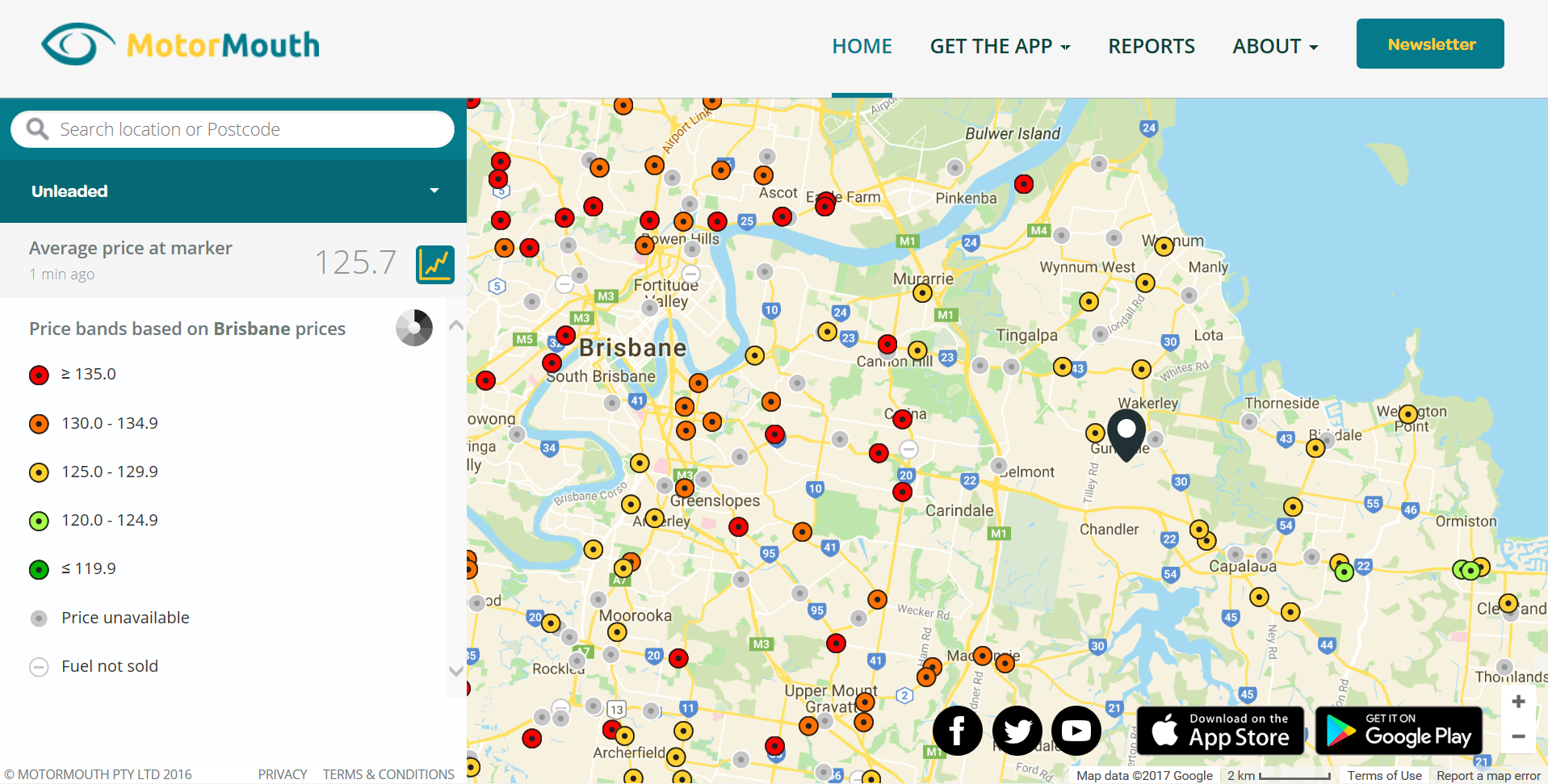 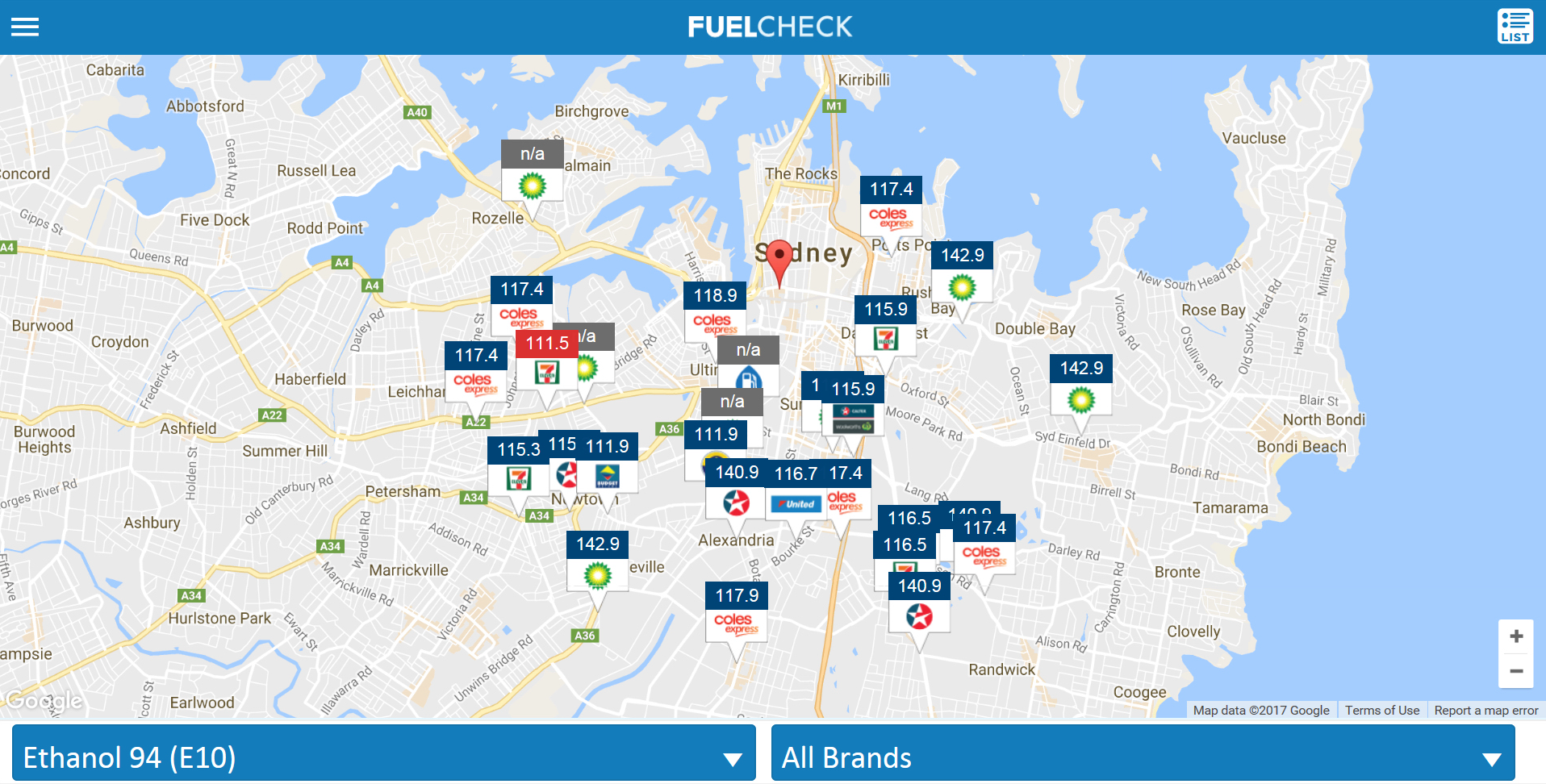