Petrol prices at lowest level since 2002, but margins high

The Australian Competition and Consumer Commission report on the Australian petroleum industry for the June quarter 2017 shows that retail margins remained high despite quarterly average petrol prices in the five largest cities dropping by 3.9 cents per litre (cpl) from the March quarter to 125.2 cpl.

“While motorists are enjoying the cheapest petrol since 2002, we believe prices should have been even lower given the continuing high gross retail margins,” ACCC Chairman Rod Sims said.

The increase in gross margins since 2014-15 may partly reflect regulatory and compliance costs, especially in NSW. However, the ACCC believes that these increasing costs do not fully explain the sharp increase in margins.

“Prices at the pump in 2016-17 are reflecting the relatively low international price of refined petrol which fortunately is a result of the OPEC cartel failing to successfully restrict the supply of crude oil,” Mr Sims said.

“Motorists in Launceston, Armidale, and Cairns are paying too much for petrol. We encourage people to use fuel price apps to locate petrol stations in their area with relatively lower prices,” Mr Sims said.

The ACCC’s recent Cairns petrol market study revealed that petrol stations in Cairns were making around 38 per cent higher average net profits than other sites around Australia in 2015–16. The entry of new retailers such as United provides an opportunity for motorists to benefit from lower fuel prices as a result of this increased competition.

“Competition is driven by the willingness of motorists to shop around for the best price. For example, in Cairns, motorists that shop around can find petrol that is consistently around 10 cpl lower than the average,” Mr Sims said.

“The ACCC will continue to monitor fuel prices in all these regional towns in its quarterly petrol reports.”

“The ACCC is currently examining the high retail prices, margins, and profits in Brisbane and a report is scheduled to be released in the next few weeks,” Mr Sims said.

Other findings in the report

The figure below shows the components of Australian petrol prices in the five largest cities in 2016-17. These components were broadly similar to 2015-16. In 2016-17, the international price of refined petrol and taxes continued to be the largest contributing costs to the average bowser price, at 42 per cent each, with wholesale and retail costs and margins decreasing from 17 per cent in 2015-16 to 16 per cent in 2016-17. 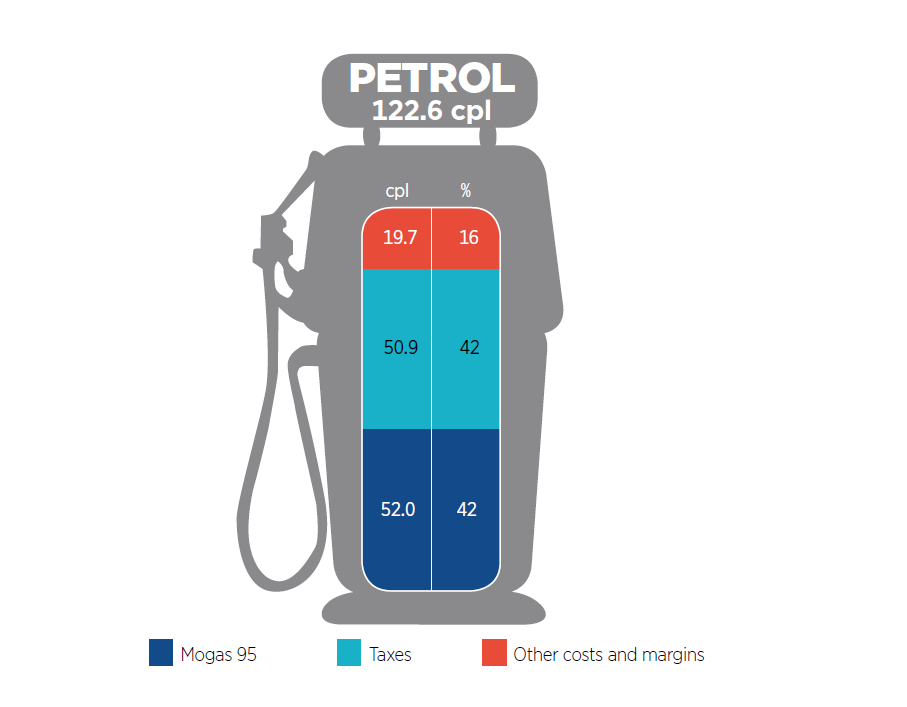 The report found that the average differential between prices in regional locations in Australia and prices in the five largest cities was broadly stable, increasing by 0.3 cpl from the March quarter 2017 to 6.2 cpl.

International crude oil and refined petrol prices decreased in the June quarter 2017, despite an announcement by the Organisation of Petroleum Exporting Countries (OPEC) to extend, for a further nine months, an agreement made in late-2016 to limit crude oil production.

In December 2014, the Australian Government directed the ACCC to monitor the prices, costs, and profits of unleaded petroleum products in Australia for a period of three years. 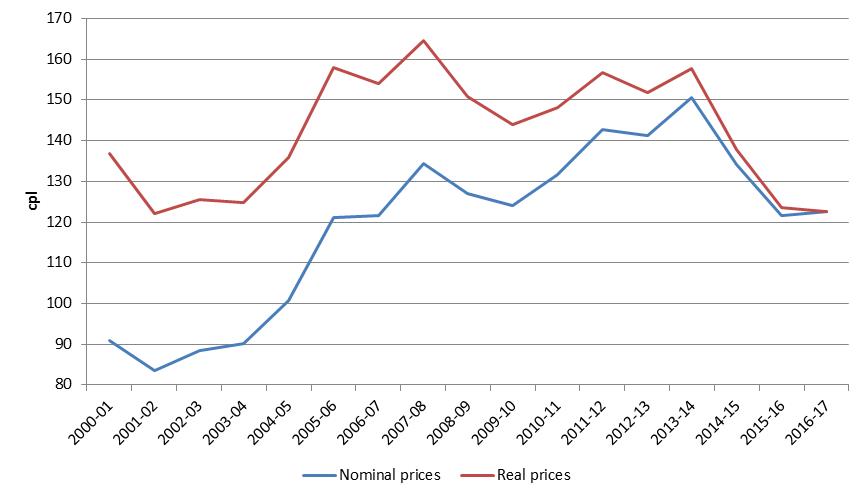 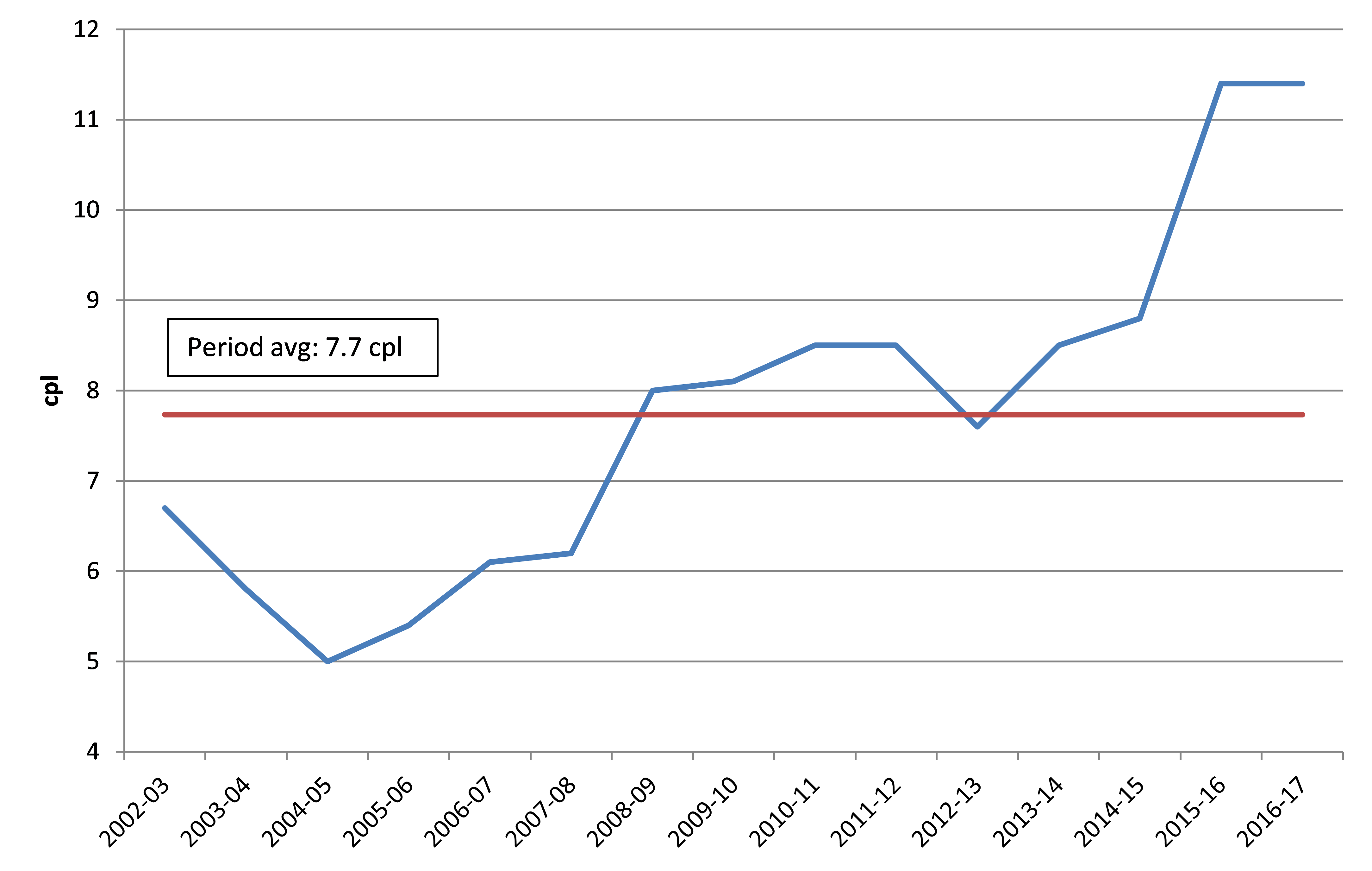