Pental to pay $700,000 in penalties for ‘flushable’ wipes claims

Pental’s packaging and promotional materials for its White King wipes included statements such as “flushable”, “Simply wipe over the hard surface of the toilet…and just flush away”, and “White King Toilet Wipes are made from a specially designed material, which will disintegrate in the sewage system when flushed, just like toilet paper”.

In addition to ordering Pental to pay penalties, the Court, by consent, made declarations that these representations were false or misleading in contravention of the Australian Consumer Law, and ordered Pental to implement a compliance program.

“The Court’s decision shows that businesses face serious consequences if they make false or misleading statements about the nature of their products,” ACCC Commissioner Sarah Court said.

“The ACCC took action against Pental due to concerns that consumers were being misled into believing that the wipes were suitable to be flushed. These White King wipes can’t be flushed down the toilet, and Australian wastewater authorities face significant problems if they are because they can cause blockages in household and municipal sewerage systems.”

The ACCC has separate ongoing proceedings against Kimberly-Clark Australia Pty Ltd (Kimberly-Clark) concerning alleged false or misleading representations in relation to four ‘flushable’ personal hygiene wipes products that were marketed and supplied in Australia between May 2013 and May 2016.

Pental co-operated with the ACCC by making admissions and consenting to orders which included declarations, an injunction, the implementation of an ACL compliance training program, and payment towards the ACCC’s costs.

These proceedings followed a complaint made to the ACCC by the consumer advocate group, Choice. Choice awarded a “Shonky Award” to Kimberly-Clark’s Kleenex Cottonelle Flushable Cleansing Cloths for Kids in 2015. 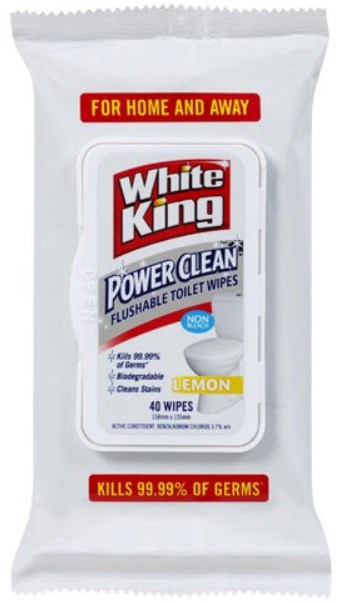 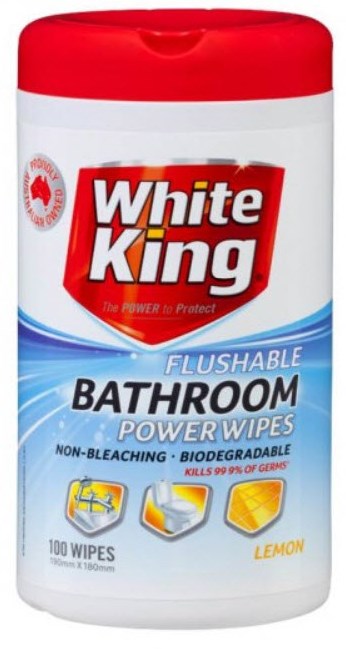