The ACCC has instituted proceedings in the Federal Court against eyewear company Oscar Wylee Pty Ltd (Oscar Wylee) for alleged misleading or deceptive conduct and making false or misleading representations about its charitable donations and affiliations in breach of the Australian Consumer Law.

Between at least January 2014 and December 2018, the ACCC claims that Oscar Wylee made representations on its website, social media, in emails and in its stores that every time a consumer bought a pair of glasses from Oscar Wylee, it would donate a pair of glasses to someone in need.

The ACCC also claims that Oscar Wylee made representations until at least December 2018 that it had ‘partnered’ with Rose Charities to help build sustainable eye care programs in Cambodia, and fund a particular individual’s study to become an eye surgeon.

However, the ACCC alleges that between at least January 2014 and December 2018, Oscar Wylee’s entire association with Rose Charities was limited to a single $2000 donation, and 100 frames donated in early 2014.

It is alleged no further donations or support were provided to Rose Charities after February 2014, despite the partnership claims continuing to be made for almost five years.

“These alleged false or misleading claims presented Oscar Wylee as engaged in significant charitable activity, and exploited consumers’ desire to support charitable causes. Instead, we allege Oscar Wylee donated less than 1 per cent of the glasses it said it would,” ACCC Deputy Chair Delia Rickard said.

“We are concerned that consumers may have chosen Oscar Wylee over other eyewear companies because they believed their purchase would result in Oscar Wylee providing glasses to people in need and supporting a sustainable eye care program in Cambodia.

“Businesses must ensure that if they make claims about their charitable donations, affiliations or partnerships, they are true and can be substantiated,” Ms Rickard said.

The ACCC is seeking declarations, penalties, injunctions, corrective publication orders and an order to implement a compliance program.

Oscar Wylee is an Australian optometry and eyewear retailer that commenced operations in 2012. It currently operates an online store and 52 physical stores.  In 2013, prior to the period at issue in the proceedings, it also made a donation of $2000 to Rose Charities.

Rose Charities is an umbrella group that operates in 18 countries around the world. Rose Charities has previously been a major donor to the Rose Eye Centre in Cambodia.

Some of the statements made by Oscar Wylee include:

Examples of representations made by Oscar Wylee are below: 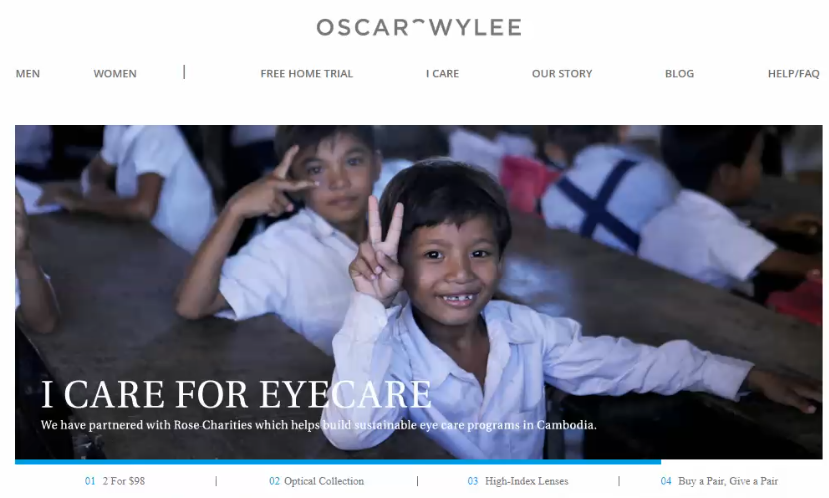