Mobile handsets continue to be the most common way consumers are accessing the internet while the largest volume of data is downloaded over fixed lines, as shown in a new ACCC data report on internet activity.

The report, for the period ending 31 December 2018, also provides information on the number of retail services in operation (SIOs) by connection type and download speeds as well as the volume of data downloaded within Australia.

The total number of retail SIOs reached 39.9 million as at the end of last year; 24.3 million of these were mobile handsets, 8.4 million were wireless broadband and 7.2 million were fixed-line/wired broadband.

“This report provides a clear indication that while consumers are most often using their phones to access the internet, when downloading significant content they currently favour fixed line connections,” ACCC Commissioner Cristina Cifuentes said.

Figure 1. Proportion of retail SIOs by type of access connection 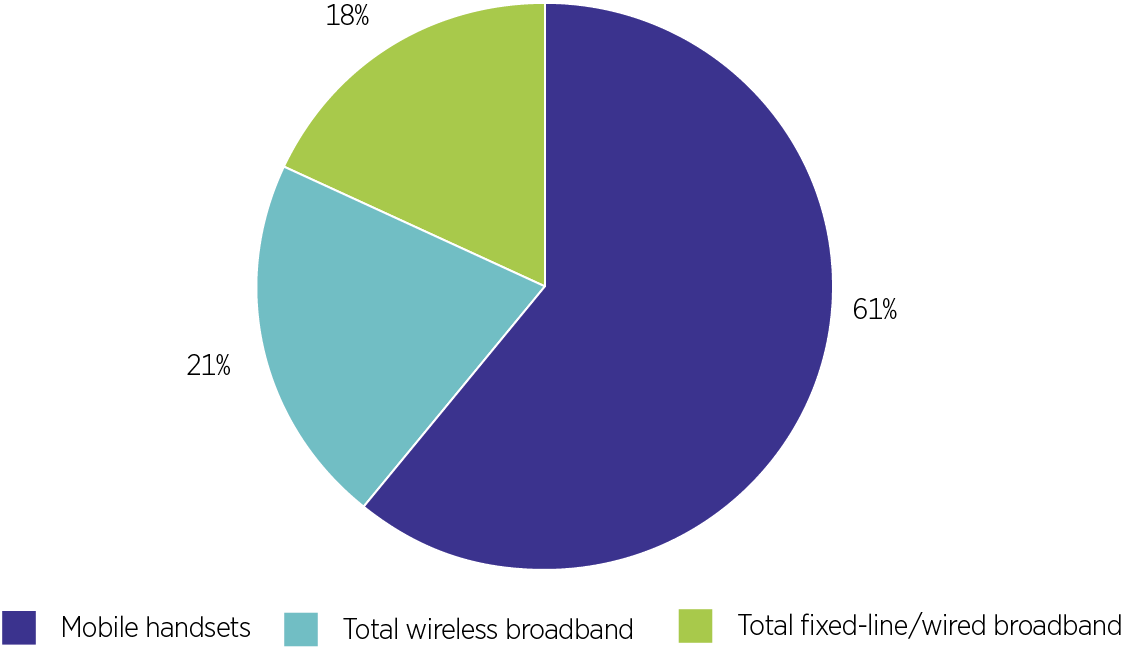 The greatest proportion of total fixed-line/wired connections are fibre connections (at 49 per cent) with DSL connections accounting for 34 per cent.

Fixed-line/wired technologies accounted for 91 per cent of the total volume of data downloaded. Mobile handsets and wireless broadband contributed significantly less to the total with proportions of 6 per cent and 3 per cent respectively.

“The volume of data downloaded is expected to grow exponentially as the result of the increased usage of content streaming services such as Netflix, social media such as Facebook, and applications including online gaming that continue to incorporate content-rich and video components,” Ms Cifuentes added. 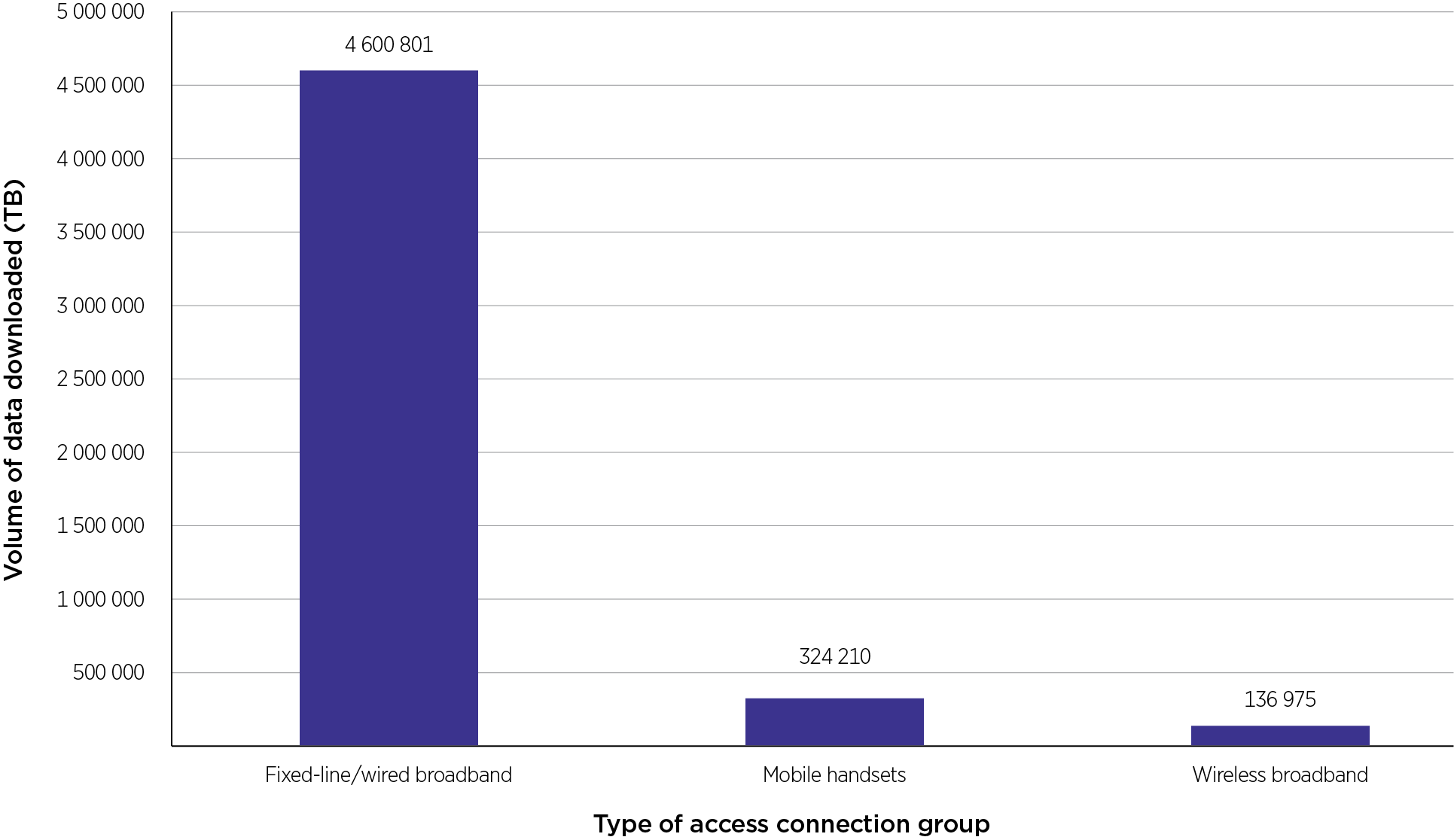 Data for the report was collected under the Internet Activity Record Keeping Rule (RKR).

In accordance with the two tier approach of this RKR, the contents of this report will be changing from the June 2019 report onwards. The ACCC will be releasing a richer dataset of internet activity information with a greater level of granularity and disaggregation.

Similar information on internet activity data was previously collected by the Australia Bureau of Statistics (ABS) under the discontinued Internet Activity Survey (IAS). However, this report is not directly comparable to the previous IAS.

Fewer data providers are subject to the Internet Activity RKR than provided information to the ABS for the IAS. Additionally, some data providers advised the ACCC of changes in their internal reporting systems which improved the accuracy of the internet activity metrics they
provided.