18 electrical retailers and wholesalers have today recalled Infinity cables after they failed electrical safety standards due to poor quality plastic insulation coating. All sizes and configurations of white TPS* and Orange Round Infinity mains power cables are affected.

ACCC Chairman Rod Sims said: “A taskforce of consumer agencies, building regulators and electrical safety regulators are co-ordinating the safety recall. Testing has found that the cables will degrade prematurely and if the cables are disturbed, the insulation could break and expose live conductors, resulting in possible electric shock or fires”.

ACCC Deputy Chair Delia Rickard said: “Consumers should not attempt to inspect cables themselves. The Taskforce found there is no immediate danger but careful steps should be taken by a licensed electrical contractor to avoid electric shock or fires from occurring in coming years. Homeowners and tradespeople are urged to turn off all the main power switches at the switchboard before heading up into the ceiling space at all times”.

“We also urge electricians and builders to alert their consumers and their cable supplier if they have installed Infinity cables,” Ms Rickard said.

Householders and businesses that have had electrical wiring work carried out during the relevant periods need to contact the responsible builder, electrical contractor or appliance installer to confirm whether Infinity cable was used. If Infinity cable was supplied, the cable supplier will arrange for an inspection of your wiring and remediation of any installed Infinity cable that they supplied, free of charge to the consumer. Any affected cable installed in accessible areas or near heat sources must be removed and replaced under the safety recall.

All cables will age at different rates subject to ambient temperature and the load placed on them.  Current expert advice is this cable may become brittle from 2016 onwards, and suppliers have been asked to assess and work on the oldest or highest risk installations first.

If you are uncertain if Infinity cable was installed, the original electrician or appliance installer, or who they have nominated as the cable supplier, should be given the first opportunity to arrange an inspection of your wiring. If you are uncertain who they were, you can arrange for a licensed electrical contractor to inspect your wiring. Inspection costs are not recoverable from cable suppliers if Infinity cable was not installed or if the cable installer and the supplier cannot be determined. If you have any unused or removed Infinity cable, return this to the cable supplier for a full refund or replacement.

In addition to the safety recall by wholesalers and retailers, state or territory building or electrical safety regulation may also apply in relation to the quality of the installed Infinity cable.

“The consumer guarantees of the Australian Consumer Law may also apply. While it depends on the circumstances, consumers could be entitled to a broader remedy involving additional replacement or refund from builders or electrical contractors,” Ms Rickard said.

Mr Sims said that “this recall serves as a reminder that companies sourcing or accepting products from less expensive overseas suppliers must have quality assurance processes in place to ensure the safety of consumers”.

“Consumers usually know that the better the bargain the more wary they need to be; consumers would expect companies selling such goods to be wary on their behalf,” Mr Sims said.

The cables were supplied in small quantities by a number of smaller suppliers. Individual State and ACT agencies are in contact with those suppliers and those recall arrangements will be announced separately by those agencies. 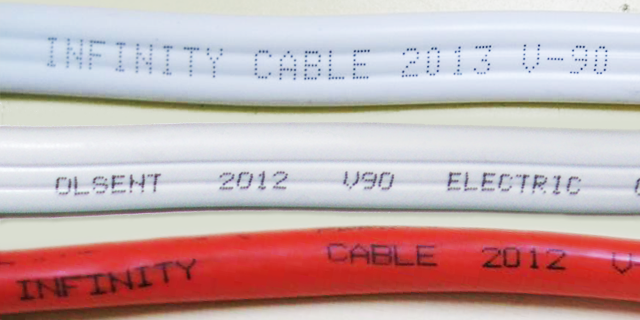 The recall notice for the national recalls is available on the Recalls website.

Not supplied in the NT