Between December 2017 and April 2018, MyRepublic marketed its NBN services using statements such as “up to nbnTM100 Speed Tier” and “nbn™50 Speed Tier” on its website.

The MyRepublic website contained fine print disclaimers that the ACCC considered were ineffective as they were not prominent and did not provide clear information.

“We were concerned that MyRepublic’s use of the NBN speed tiers misled consumers to believe they would get broadband speeds of, or close to, 100Mbps and 50Mbps during all or almost all of the time, when that wasn’t the case,” ACCC Commissioner Sarah Court said.

“NBN speed tiers indicate the maximum performance of a broadband service but a number of factors, including congestion during busy periods, affects the actual speeds consumers will experience,” Ms Court said.

“When choosing between broadband services, consumers need accurate information about the performance they should expect, particularly during busy periods. We’ve been very clear with broadband providers about this and reference to the NBN speed tiers alone is not sufficient.”

The ACCC can issue an infringement notice where it has reasonable grounds to believe a person has contravened certain consumer protection laws.

In August 2017 the ACCC issued its Broadband Speed Claims Industry Guidance which is a best practice guide intended to improve the information and support available to broadband  consumers and to promote competition among broadband providers.

The ACCC also provides information for consumers on what to expect from broadband providers that comply with its guidance.

The ACCC is also promoting transparency of broadband performance through its Measuring Broadband Australia program which provides consumers with accurate, independent and comparable information about broadband speeds and performance. 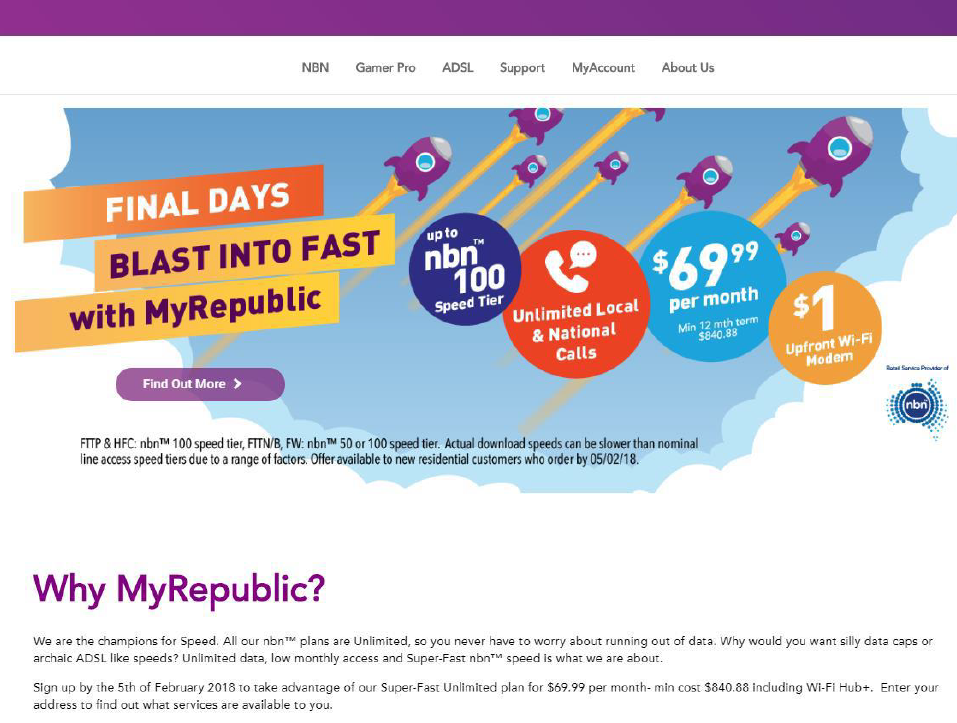