Kogan in Court for alleged false or misleading discount advertisements

The ACCC has instituted proceedings against Kogan Australia Pty Ltd (Kogan) in the Federal Court alleging that Kogan made false or misleading representations about a 10% discount promotion, in breach of the Australian Consumer Law.

Between 27 and 30 June 2018, Kogan ran an online promotion where consumers could obtain a 10% discount on most of its products by using the discount code “TAXTIME”.  The promotion was held ahead of the end of the 2017/18 financial year.

Kogan published this promotion on its website and via text messages and emails to consumers.

The ACCC alleges that Kogan’s advertisements were false or misleading because Kogan increased the prices of more than 600 of its products immediately before the promotion. In most cases prices increased by at least 10%.

“We allege that Kogan’s advertisements were likely to have caused consumers to think they were getting products below their usual prices. In fact, Kogan had inflated product prices which we say created a false impression of the effective discount,” ACCC Commissioner Sarah Court said.

Towards the end of the promotion period, Kogan’s email advertisements used statements such as “48 hours left!” and “Ends midnight tonight!” which the ACCC alleges gave the impression that consumers only had a limited time to purchase at the “discounted” prices.

However, Kogan reduced the prices of the affected products shortly after the promotion ended, many back to their pre-promotion prices.

“Businesses must not make claims to consumers about discounts or sales unless they are offering genuine savings,” Ms Court said.

The ACCC is seeking penalties, injunctions, declarations, corrective notices and costs from Kogan.

Kogan.com is an online retailer which sells a wide variety of goods including consumer electronics, furniture and toys.

The ACCC has previously taken enforcement action against other related Kogan entities in 2016 and in 2009 for allegedly engaging in pricing conduct which raised similar concerns.

An example of Kogan’s web promotion is below: 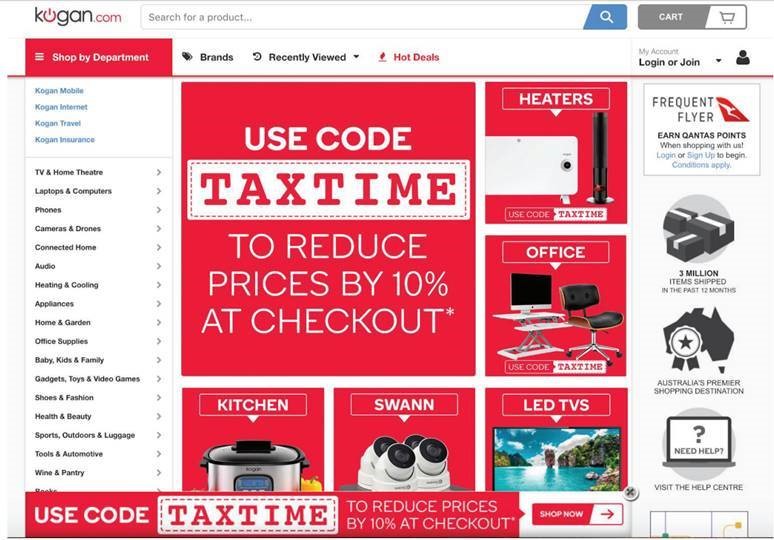