The ACCC has instituted Federal Court proceedings against Dell Australia Pty Limited (Dell Australia) for allegedly making false or misleading representations regarding the price of monitors that consumers could add on to purchases of Dell computers.

It is alleged that from at least August 2019 to 16 December 2021, Dell Australia made false or misleading representations on its website about the prices of monitors and the potential savings when a monitor was purchased with a computer.

When a consumer selected a Dell desktop, laptop, or notebook for purchase on the Dell website, the consumer was offered the option of adding a monitor during the check-out process. Often, the monitor was shown with a higher price in strikethrough, representing a significant saving.

The ACCC alleges the monitors were not sold for the ‘strikethrough’ price for most of the relevant time and, in some cases, the add-on price shown was more expensive than if the monitor was bought on a stand-alone basis.

“We allege that Dell Australia made false, misleading or deceptive statements on its website to entice consumers to add on monitors to the purchase of a computer by displaying false or misleading discounts,” ACCC Commissioner Liza Carver said.

“Cases involving allegations of misleading ‘was/now’ pricing by large retailers of consumer goods are a priority for the ACCC. Businesses should be well aware of their legal requirements and should have effective compliance programs in place to prevent this type of consumer harm.”

“These proceedings are also significant because the alleged misleading conduct related to the online marketing of computers and monitors at a time when many families were in Covid lockdown. We know that many consumers turned to online purchases to buy equipment for working and schooling from home,” Ms Carver said.

“While the total number of misled consumers is unknown, we believe many thousands of consumers were sold an add-on monitor which was advertised with a representation that an inflated discount applied.”

Among the statements made about the ‘discounted’ price of add-on monitors on Dell’s website were “Total Savings”, “Includes x% off”, “Discounted Price”, and “Get the best price for popular accessories when purchased with this product”.

“We have commenced these proceedings because we are concerned that Dell’s presentation of allegedly inflated discounts meant some consumers may have added monitors to their purchase which they may not have otherwise bought, or which they could have bought more cheaply from another section of Dell’s website,” Ms Carver said.

The ACCC is seeking penalties, declarations, consumer redress, costs and other orders.

Dell Technologies Inc is a US-based technology company that operates globally primarily through its website, and develops, sells, repairs, and supports computers and related products.

Dell Australia is a wholly-owned subsidiary of Dell Technologies, with headquarters in New South Wales. 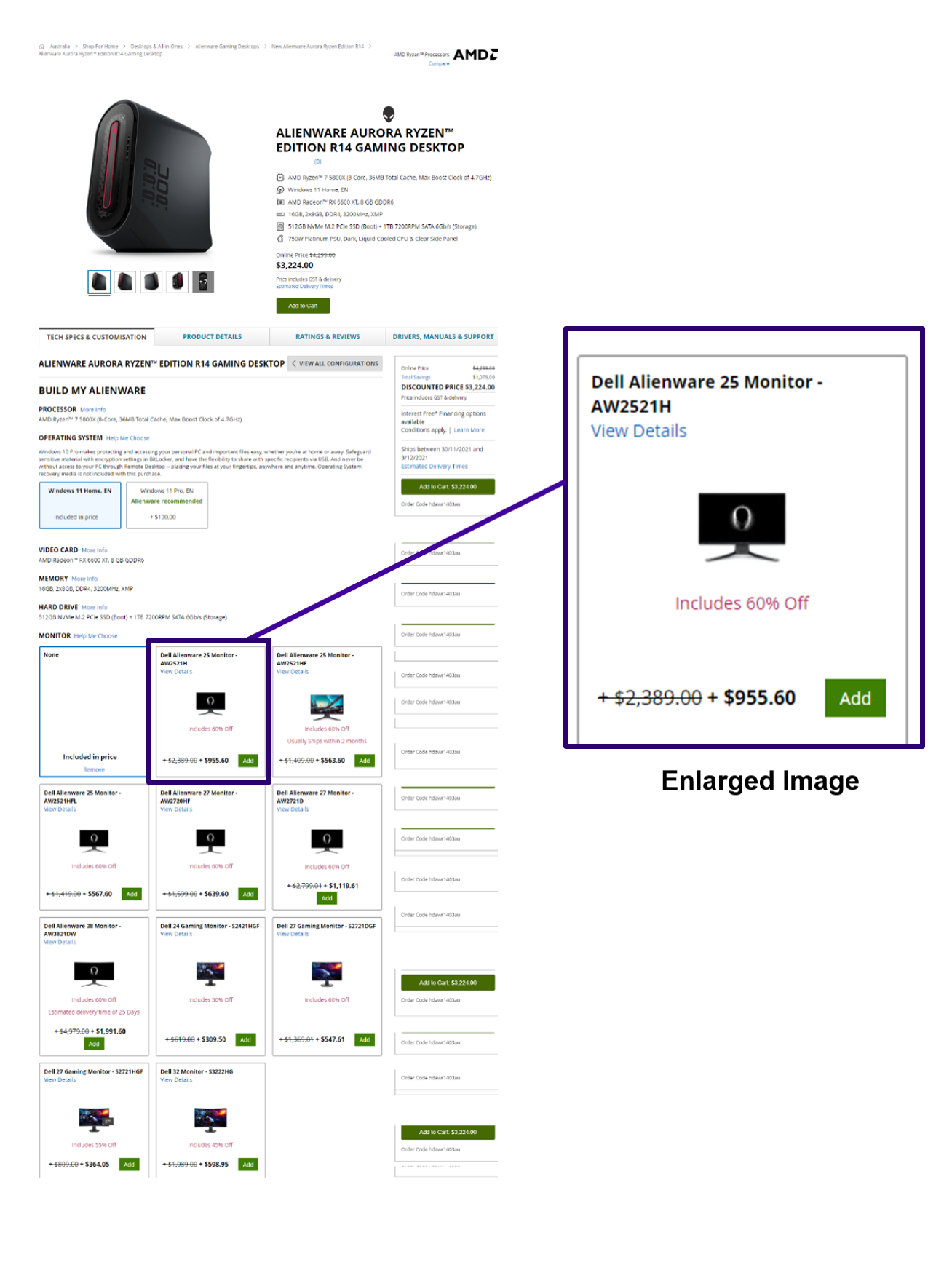