ACCC will not oppose acquisition of APA

The ACCC will not oppose the proposed acquisition of APA Group (ASX: APA) by the CK Consortium, after accepting a court-enforceable undertaking from the CK Consortium to divest significant gas assets in Western Australia.

“The ACCC concluded that, in the absence of the undertaking, the proposed acquisition was likely to substantially lessen competition,” ACCC Chair Rod Sims said.

“The ACCC was concerned about the removal of the CK Consortium as a competitor in relation to new pipeline development. The ACCC was also concerned about gas transmission and storage services in Western Australia given that, without the undertaking, the CK Consortium would own most gas transmission and storage facilities in the west.”

“The undertaking addresses these concerns and creates an opportunity for a new operator to acquire a valuable set of assets, together with the personnel needed to operate and manage the assets. This will create an operator similar in size to the CK Consortium’s current operations in Western Australia,” Mr Sims said.

“Concerns raised by industry participants mostly related to APA’s pre-existing dominance in gas transmission. However, this acquisition does not alter that situation in a material way. Outside of Western Australia, the CK Consortium has only minor gas transmission assets,” Mr Sims said.

The ACCC did not consider that any possible bundling, attempts at foreclosure or information sharing across the vertically integrated combined entity could harm competition. The gas distribution assets at issue are regulated.

“The purchaser of the divestment assets will need to be approved by the ACCC and when approving a new owner, we will focus on its ability to be an effective and long-term competitor for the development of new pipelines,” Mr Sims said.

Further information, including a copy of the undertaking, is available on the ACCC’s public register at CK Consortium - proposed acquisition of APA Group.

Maps of the assets are available below.

The ACCC will issue a Public Competition Assessment in due course that will outline the reasons for its decision in more detail.

APA Group is an owner and operator of energy infrastructure assets and businesses in Australia. APA owns or operates $20 billion of energy infrastructure, including 15,148km of transmission pipelines and 28,600km of gas mains and pipelines. It also has interests in gas storage and processing, and gas-fired and renewable energy power generation businesses located across Australia. 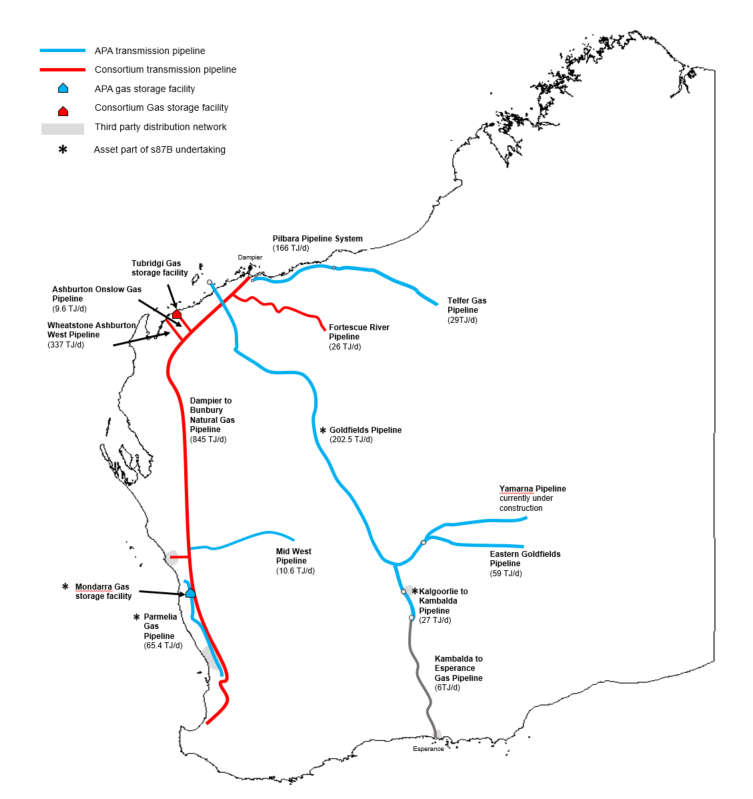 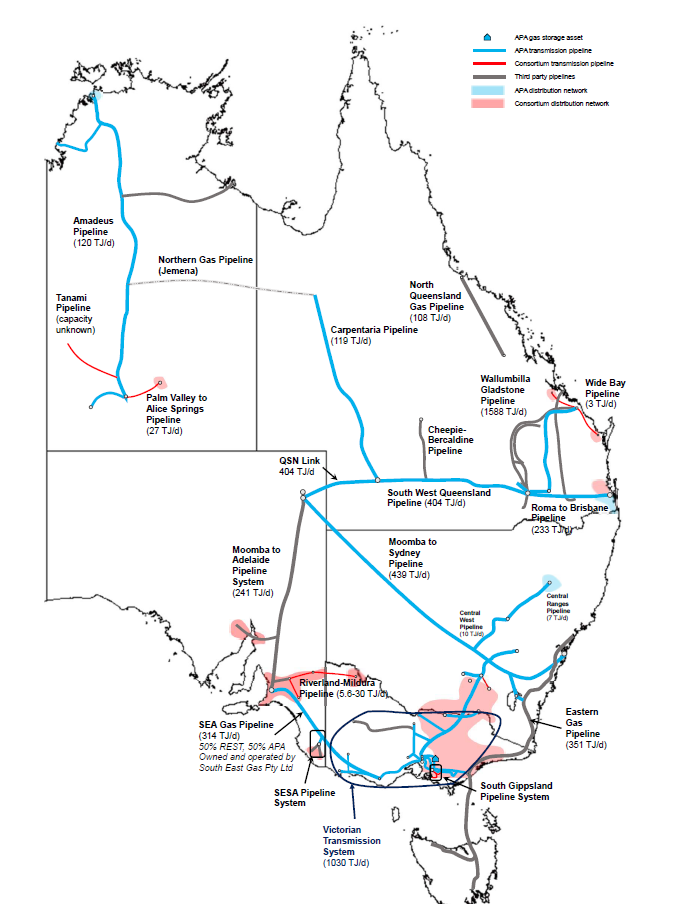