The Australian Competition and Consumer Commission has issued a draft final access determination (FAD) for the declared domestic transmission capacity service (DTCS). The DTCS is a regulated transmission service.

“The regulation of the transmission network plays an important role in promoting competition in the telecommunications markets, particularly in regional areas.” ACCC Chairman Rod Sims said.

The ACCC’s draft decision provides for DTCS pricing which is significantly lower than the regulated prices set in the 2012 DTCS FAD. On average, draft DTCS prices are 22.2 per cent lower than prices set in 2012.

The decline in the regulated price however varies depending on the geographic route type, capacity and distance of a particular service. For instance, average regulated pricing for the DTCS is 17.6 per cent lower in metropolitan areas and 23.8 per cent lower on regional routes. Regulated prices for higher capacity services are also substantially lower than in 2012. There is a slight increase in lower capacity services under 5km in metropolitan areas, however overall prices would be lower under this FAD.

“The ACCC’s draft decision will see prices for regulated routes, on average, follow the downward trend we have seen on more competitive routes,” Mr Sims said. 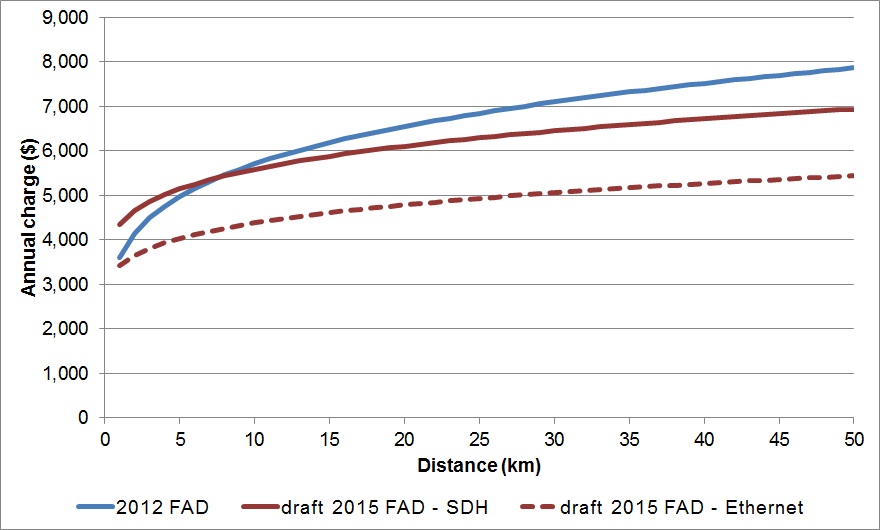 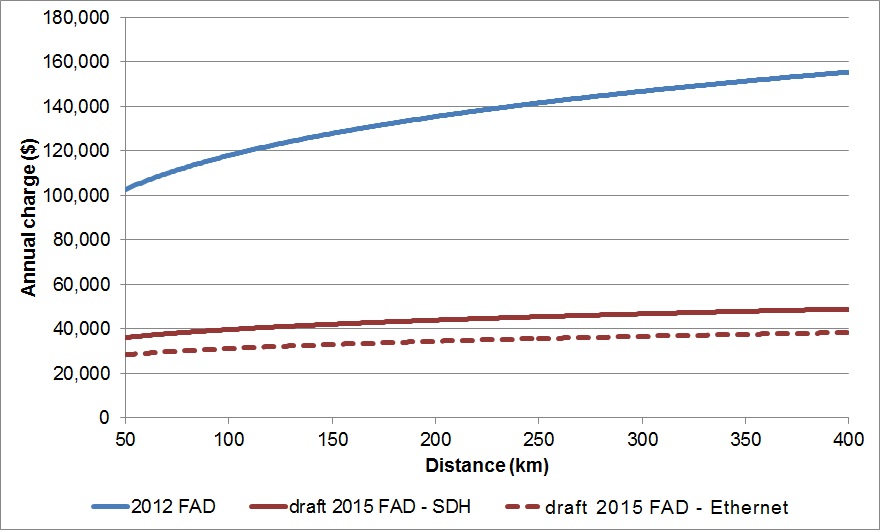 Transmission, often referred to as backhaul, is a high capacity wholesale service used by telecommunications companies to carry large volumes of data between locations where they do not have their own infrastructure. While there is a lot of competition on transmission routes between capital cities and in metropolitan areas, the ACCC regulates transmission on routes in regional areas and outer metropolitan areas where there is insufficient competition.

In its recent declaration decision, the ACCC determined which parts of the transmission networks are uncompetitive and require regulation and removed regulation from those transmission routes and areas that were found to be competitive.

“The ACCC’s draft decision sets out a domestic benchmarking methodology for determining annual prices for regulated transmission services. Under this approach, transmission prices on competitive routes are used to determine prices that would be expected for declared routes if these routes were priced competitively by the market,” Mr Sims said.

The ACCC has provided a calculator on its website to assist access seekers and providers to determine regulated prices for declared DTCS routes. The DTCS FAD is proposed to take effect from the date of publication to 31 December 2019.

The ACCC invites submissions on the draft decision until 2 October 2015. The ACCC expects to release a final decision in November 2015.