Under the scheme, QDO will grant processors a licence to use the ‘Fair Go Dairy’ logo on qualifying dairy products.

Qualifying dairy products must contain at least 80 per cent unprocessed milk that was produced by Queensland dairy cows and purchased from a Queensland dairy farmer for a price not less than a “sustainable and fair” price calculated by QDO.

The ACCC’s preliminary view is that on balance the Fair Go Dairy Scheme is likely to result in some limited public benefits through small improvements in information and choice for consumers, and a small increase in retail competition in Queensland.

“The ACCC recognises that there are some consumers who want to know more about the dairy products they buy and how much dairy farmers were paid to produce them. If the scheme is authorised, it could be useful for those consumers, if they understand what the Fair Go Dairy logo conveys” ACCC Deputy Chair Mick Keogh said.

So far, none of the major milk processors in Queensland have indicated they will participate in the scheme, although several smaller processors have expressed interest.

The ACCC has also considered whether any public detriments will arise from authorising the scheme.

“We have considered whether the logo is likely to mislead consumers, reduce competition, increase retail prices for dairy products or reduce the incentive for farms to innovate,” Mr Keogh said.

“We believe these outcomes are unlikely, although we are seeking further submissions from the public on possible harm that might arise from the scheme or the Fair Go Dairy Logo.”

The ACCC has also granted interim authorisation to QDO to allow them to immediately commence negotiations with milk processors and undertake marketing and planning for their proposed ‘Fair Go Dairy’ licensing scheme. However, any resulting agreements cannot be signed or come into effect until the ACCC’s final determination. 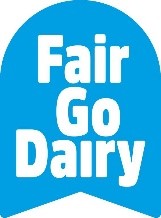 The ‘Fair Go Dairy’ scheme is intended to be voluntary, where only brands who would like to display the trade mark, denoting that they are paying farmers a ‘sustainable and fair farmgate price’, must comply with the scheme.

The ‘sustainable and fair farmgate price’ is calculated annually by multiplying the average cost of production for milk as published by Queensland Dairy Accounting Scheme’s annual report by a CPI adjustment rate.

QDO has sought interim authorisation from the ACCC because the scheme may otherwise involve behaviours that could breach the Competition and Consumer Act 2001, since participants in the scheme are likely to be competitors.

ACCC authorisation provides statutory protection from court action for conduct that might otherwise raise concerns under the competition provisions of the Competition and Consumer Act 2010.

Section 91 of the Act allows the ACCC to grant interim authorisation when it considers it is appropriate. This allows the parties to engage in the proposed conduct while the ACCC is considering the merits of the substantive application.

Broadly, the ACCC may grant an authorisation when it is satisfied that the public benefit from the conduct outweighs any public detriment.