“The rise of large corporations in the Australian economy has been substantial. Indeed it seems we have outpaced the US,” Mr Sims said.

“In Australia many markets are concentrated or are likely to become concentrated as firms pursue efficiencies from scale. In some markets there may not be room for more than a few efficiently sized firms given the size of demand,” Mr Sims said.

“From a competition perspective, what we need to understand is whether smaller rivals or new entrants can readily contest the position of larger, more established firms.”

“We should, therefore, have an eye to how often the identity of large firms change,” Mr Sims said.

Mr Sims, however, questioned the increasingly put view that we need not be concerned with industries becoming heavily concentrated, and with monopolies and their behaviour.

“It seems to me that, absent a clear and convincing economic and evidence based explanation of how a merger will avoid harming consumers, the standard economic wisdom should prevail,” Mr Sims said.

“This wisdom is that mergers resulting in high levels of concentration in markets with substantial barriers to entry will usually reduce competition and cause harm to consumers and our economy.”

He also said circumstances where monopoly pricing has no effect, or only a small effect on economic efficiency, are rare.

While not advocating any positions, Mr Sims then raised a series of questions for further consideration about market concentration and merger analysis, including:

“All of us here today understand the importance of strong actual or potential competition to the effective working of our market economy. This is why we all have an interest in these questions,” Mr Sims said. 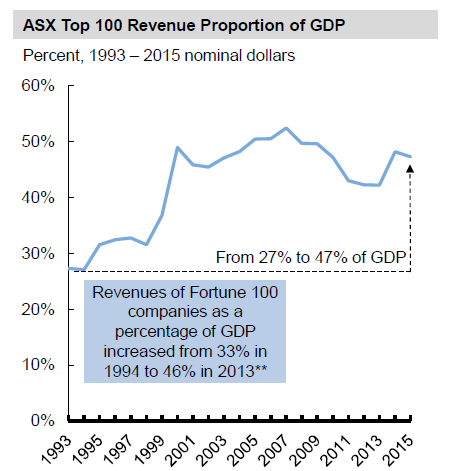