The Australian Competition and Consumer Commission has accepted a court enforceable undertaking from Carlton & United Breweries (CUB) in relation to ACCC concerns that it represented that Byron Bay Pale Lager was brewed by a small brewer in Byron Bay when this was not the case.

CUB has also paid two Infringement Notices to the value of $20,400 in relation to this conduct.

“Many small brewers cater to consumers who prefer to support small, niche businesses. When large companies portray themselves as small businesses, it undermines the unique selling point that such small businesses depend upon, and it misleads consumers,” ACCC Chairman Rod Sims said.

“The ACCC will be writing to other participants putting them on notice of this matter in order to ensure that marketing and labelling in the beer market appropriately reflects where and by whom beer is brewed.”

In providing the enforceable undertaking, CUB acknowledged that the labelling may have misled consumers. CUB has agreed to cease distribution of product with the misleading labelling. More generally, CUB has undertaken that it will not make false or misleading representations concerning the scale of the brewery in which its products are brewed or the place of origin of its products.

“This is an outcome that protects the interests of both beer buyers and small brewers.” Mr Sims said.

The infringement notices are available on the public register. 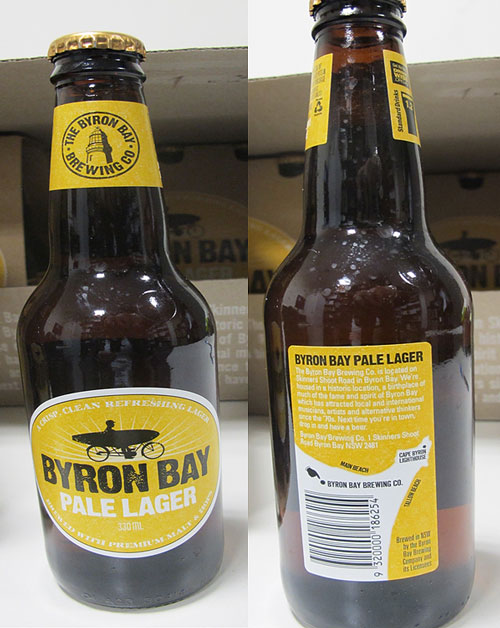 Description on the back label

The Byron Bay Brewing Co is located on Skinner’s Shoot Road in Byron Bay.  We’re housed in a historic location, a birthplace of much of the fame and spirit of Byron Bay which has attracted local and international musicians, artists and alternative thinkers since the ‘70s.  Next time you’re in town, drop in and have a beer.