Athena Solutions Pty Ltd trading as Froothie Australia (Froothie), the supplier of Optimum branded kitchen appliances, has paid a penalty of $10,800 following the issue of an infringement notice by the Australian Competition and Consumer Commission. Froothie supplies Optimum branded domestic and commercial kitchen appliances such as blenders and juicers on the Froothie website.

The ACCC issued the infringement notice to Froothie because it had reasonable grounds to believe that Froothie made a false or misleading representation that consumers would obtain a saving if they purchased the Optimum 9400 blender, when this was not the case.

From at least 7 August 2015 to 23 October 2015, Froothie advertised the Optimum 9400 blender on the Froothie website (http://www.froothie.com.au/) with the statement:

directly below the strike through price statement

Froothie was unable to show that the Optimum 9400 blender had been offered for sale, or sold, at the strike through price of $691.00 prior to the representation being made on the website.

Accordingly, the ACCC believed that Froothie had falsely represented that a consumer who purchased the Optimum 9400 blender would obtain a discount of $112.00, being the difference between the strike through price and the “Promo Price” when, in fact, the Optimum 9400 blender had not been offered for sale at the strike through price on the Froothie website for a reasonable period, if at all, prior to that representation being made.

“Consumers may rely on two-price comparison advertising when trying to find the best deal available. If there are no genuine savings, then businesses are misleading consumers. Businesses should be able to substantiate any representation made to consumers as accurate or risk enforcement action by the ACCC” ACCC Commissioner Sarah Court said.

“In the lead up to the Christmas and new year sales period, businesses should ensure that advertised savings are genuine and are not false or misleading.” 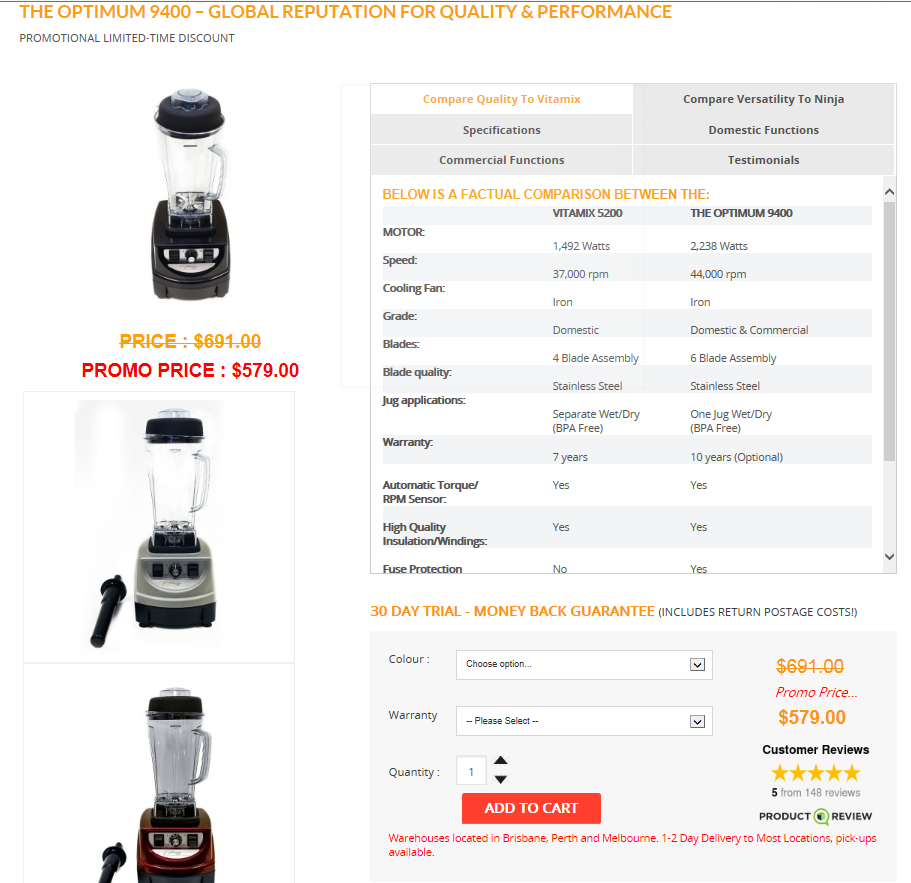