The ACCC issued the infringement notices because it had reasonable grounds to believe that Supabarn, a supermarket operator, and The Real Juice Company, a juice manufacturer, had made false or misleading representations about the composition of the private label 2 litre apple juice and 2 litre cranberry juice products, in contravention of the Australian Consumer Law.

The ACCC considered the labelling of the apple juice product made the false or misleading representation that the product was made from fresh apples grown in Australia through use of the phrases:

when the product was made from reconstituted apple juice concentrate imported from China.

The ACCC considered the labelling of the cranberry juice product made the false or misleading representation that the product did not contain added sugar or any other additives through use of the phrases:

when the product contained added sugar and other additives.

“Truth in advertising is a priority area for the ACCC. Consumers should be able to make informed purchasing decisions and not be misled regarding the composition of products,” ACCC Chairman Rod Sims said.

“The claims we say were made versus the reality in this situation are very concerning, particularly given recent controversy over the source of some food products. In addition, false or misleading claims of this kind not only mislead consumers, but can also disadvantage competing suppliers in the market, especially those who are using Australian grown fruit.”

“Both manufacturers and retailers can be responsible for representations made on packaging or labelling of the products they supply, and each level in the supply chain should have systems in place to ensure that their products are compliant with the Australian Consumer Law,” Mr Sims said.

The Real Juice Company is an Australian owned and operated manufacturer of juice products located in Griffith, New South Wales. Supabarn owns and operates four supermarkets in Canberra and five in Sydney.

From at least January 2014 to March 2015, The Real Juice Company manufactured and supplied nine flavoured juices to Supabarn under a private label contract. Both companies ceased supplying these juice products after becoming aware of the ACCC’s concerns. 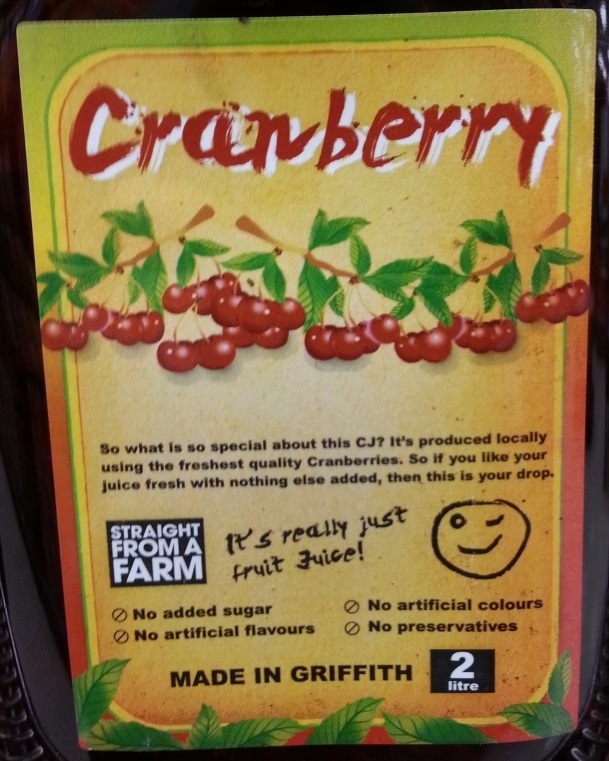