The ACCC has a Chair, 2 Deputy Chairs, and 4 Commissioners.

Members are collectively referred to as the ACCC Commission. Their appointment involves participation by the Commonwealth, and state and territory governments. 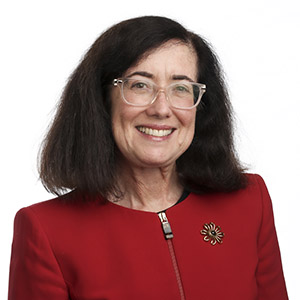 Gina Cass-Gottlieb started her 5-year appointment as Chair of the ACCC on 21 March 2022.

Gina was a Fulbright Scholar at UC Berkeley from 1986 to 1987, majoring in US competition law, financial institutions regulation and securities regulation.

Gina is the first female Chair of the ACCC since it was established as an independent statutory authority in 1995. 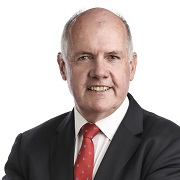 Mick Keogh was appointed to the ACCC in February 2016, and then as Deputy Chair of the ACCC in 2018, with responsibility for Small Business and Agriculture.

Mick’s role at the ACCC includes involvement in a range of committees including the Competition Exemptions, Enforcement, Compliance and Product Safety, Mergers Review and Electricity Markets Board, as well as oversight of the small business, franchising and agriculture units of the ACCC.

Mick has a long and diverse history of involvement with the small business and agriculture sector, including periods of employment as a business consultant, and in advocacy and advisory roles to policymakers and governments. He has also chaired a number of Commonwealth Government inquiries and Ministerial advisory boards.  He is currently a member of the Commonwealth Government’s Emission Reduction Assurance Council, and a Board member of the Food Agility Co-operative Research Centre.

From 2003 to 2018, he was Executive Director of the Australian Farm Institute, an independent policy research institute that conducted research into strategic policy issues of importance to Australian agriculture and regional Australia. Mick continued in that role until his appointment as Deputy Chair of the ACCC in June 2018.

Mick was awarded the Order of Australia Medal in 2015. He holds bachelor’s and master’s degrees in science, both obtained at the University of New South Wales, and a Doctor of Applied Science (honoris causa) from Charles Sturt University. 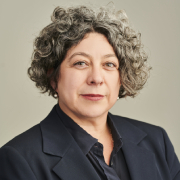 Catriona Lowe was appointed by the Governor General to the position of ACCC Deputy Chair for a 5-year term on 27 January 2023.

For over 20 years Catriona has had a strong commitment to consumer issues and protection of consumer rights in her varied roles as a regulator, litigator and consumer advocate.

Before joining the ACCC, Catriona was a Board Member of the Australian Energy Regulator from February 2020. She has also held a non-Executive director role on a range of boards, including the Australian Financial Complaints Authority, the Financial Adviser Standards and Ethics Authority and the Telecommunications Industry Ombudsman. Catriona was also principal of a consumer-focused consulting practice.

From 2006 to 2013, Catriona was Co-CEO of the Consumer Action Law Centre. She has also held senior roles with the Consumers’ Federation of Australia and the ACCC.

Over the years Catriona has worked extensively on matters involving consumer focused regulation, behavioural economics and effective enforcement and compliance. She has advocated for consumers across a range of markets including financial services, telecommunications and energy. 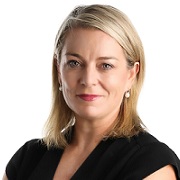 Anna Brakey has extensive experience in regulatory economics and public policy with over 25 years of experience working with regulators, government and within the private sector. She has had broad exposure to a wide range of infrastructure industries, including energy, water and transport. Additionally, she has worked on economic reform to social policy.

Prior to starting at ACCC, Anna worked as an economist at Frontier Economics and held a number of roles at the Independent Pricing and Regulatory Tribunal (IPART), including being a deputy Tribunal Member, the Executive Director of Strategy and Economic Analysis and the Chief Operating Officer. Anna’s expertise includes the Parliamentary Committee process, the New South Wales Department of Transport, the Australian Productivity Commission, the Bureau of Industry Economics and the Australian Bureau of Statistics. Additionally, Anna has worked for the Australian Energy Market Commission (AEMC) on reforms to economic regulation and with the New South Wales Treasury on the sale of assets.

Anna holds a Bachelor of Economics from Australian National University and a Graduate Diploma of Applied Finance and Investment from Securities Institute of Australia. She is also a Graduate of the Australian Institute of Company Directors. 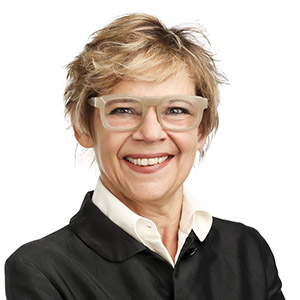 Liza Carver commenced her role as Commissioner on 1 March 2022. Liza brings a wealth of experience from her career as a lawyer, including from her former role as Partner of Herbert Smith Freehills. Liza is widely recognised as one of Australia’s leading competition law and regulatory specialists.

Liza chairs the Enforcement Committee, and is a member of the Communications, Mergers, Infrastructure, compliance and Product and Safety committees.  She is also on the Digital Platforms Inquiry Board.

Liza was also a non-executive Director of the NSW Rail Access Corporation, RailCorp and AirServices Australia.

Liza’s combined experience from her time in private practice and working at the ACCC and the Australian Energy Markets Commission, has provided her with a strong insight into competition law.

Liza holds degrees in Economics, Law and a Master of Laws from University of Sydney.

Peter Crone was appointed a Commissioner of the ACCC in December 2020.

Peter chairs the Consumer Data Right Committee, and is a member of the ACCC’s Communications Committee, Mergers Review Committee, Digital Platforms Inquiry Board, Financial Services Competition Board, and East Coast Gas Market Board.

Peter brings deep experience in assessing and explaining economic and regulatory trends at play across markets and industries. His broad experience reflects the economy-wide remit of the ACCC.

Having more than 30 years of experience in economic policy and commercial strategy at the highest levels of government and business in Australia, Peter has served as an adviser to state and federal governments. This includes roles as Senior Economic Advisor to Australia’s Prime Minister from 1997 to 2006, and filled chief economist roles at the Business Council of Australia, Ernst and Young, and Coles Group.

In addition, Peter has also been a commercial adviser to a number of superannuation funds on infrastructure investments, and commenced his career at the Commonwealth Treasury as a policy adviser and research economist. 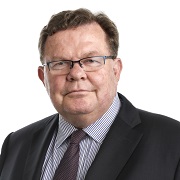 Stephen Ridgeway was appointed a Commissioner of the ACCC in June 2019.

Stephen chairs the ACCC’s Mergers Review and Competition Exemptions Committees, and is a member of the ACCC’s Enforcement Committee, Consumer Data Rights Committee and Agriculture Board.  On 1 March 2022 Stephen also commenced an appointment as an Associate Member of the New Zealand Commerce Commission.

Stephen brings a wealth of experience from his previous roles as a lawyer in the private and public sectors. He is widely recognised as one of Australia’s leading competition and consumer lawyers and an expert in the field. In 2018 Stephen retired as a senior partner at King & Wood Mallesons.

Early in his career, Stephen acted for the ACCC and its predecessor, the Trade Practices Commission, in enforcement litigation as a senior lawyer with the Australian Government Solicitor. After joining private practice in 1998, Stephen had extensive involvement in merger clearance applications in a wide variety of industries. He also had extensive experience in regulatory enforcement actions, including a number of landmark ACCC enforcement matters.

High resolution images of the Chairman, Deputy Chairs and Commissioners can be found in our image library.